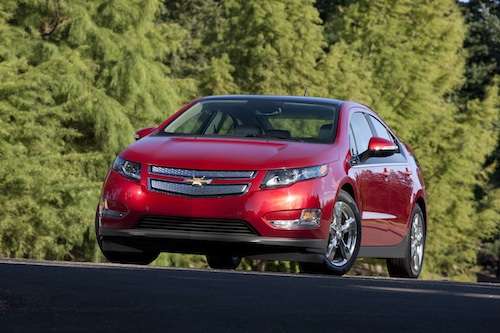 The new NHTSA proposal stems from the Pedestrian Safety Enhancement Acts, which mandated that rules be established to require electric and hybrid vehicles be equipped with a pedestrian alert sound system.
Advertisement

Despite the numerous benefits of hybrid and electric vehicles (increased fuel efficiency, lower emissions, etc.), there is one glaring disadvantage: they’re too quiet. In fact, pedestrians are about 20 percent more likely to get hit by a hybrid vehicle due to their lack of sound. With this in mind, the National Highway Traffic Safety Administration is proposing new regulations to require minimum sound levels for electric vehicles and hybrids to warn pedestrians.

The NHTSA’s ruling stems from a December 2010 bill passed by both the House and Senate calling for new regulations on electric vehicles and hybrids, one of which required that they meet a certain noise threshold.

Known as the Pedestrian Safety Enhancement Acts, the 2010 legislation mandated that rules be established to require electric and hybrid vehicles be equipped with a pedestrian alert sound system, which would activate in certain driving conditions to help visually impaired and other pedestrians in distinguishing the presence, direction and location of such vehicles.

Under the bill, the NHTSA was given 18 months to prepare the new rules, which the agency unveiled on Tuesday. In order to meet Congress’ requirements, the NHTSA has proposed installing a speaker system on electric vehicles and hybrids, which would help produce enough sound to warn pedestrians of an oncoming electric-powered vehicle.

“Our proposal would allow manufacturers the flexibility to design different sounds for different makes and models while still providing an opportunity for pedestrians, bicyclists and the visually impaired to detect and recognize a vehicle and make a decision about whether it is safe to cross the street,” said NHTSA Administrator David Strickland.

The new plan will begin in 2016 and take three years to fully implement. The government agency expects that the proposition will cost the auto industry approximately $23 million during the first year. The NHTSA also estimates that the cost of outfitting a vehicle with a speaker system will be roughly $35. The new rules apply to electric motorcycles and heavy-duty vehicles as well.

In 2010, Hyundai decided to outfit its 2011 Hyundai Sonata Hybrid with a manually operated warning sound system, but the feature was later dropped after the enactment of the Pedestrian Safety Enhancement Act, because the law does not allow for optional switches. Consequently, Hyundai had to remove the switch before the first Sonata Hybrids reached the U.S. market.