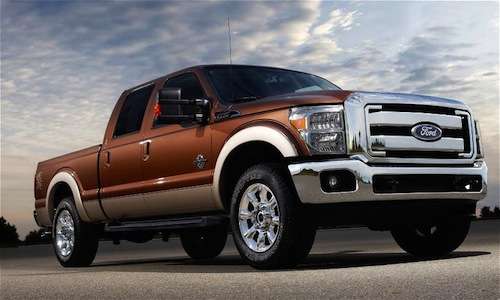 New study proves that size matters, when it comes to buying cars

Is bigger really better? Well, it seems to be true when it comes to men and their cars. A new study by TrueCar.com has examined multiple gender buying trends to establish if there is a link between your sex and vehicle preference. Generally speaking, the survey found that men prefer large and flashy vehicles, while females opt for smaller, foreign cars. The newly released study is the third annual gender buying study conducted by TrueCar.com. The comprehensive investigation examined upwards of nine million retail transactions.

“While gender preferences amongst the buyers of various automotive brands still exist, the gap is narrowing,” said Jesse Toprak, Vice President of Market Intelligence at TrueCar.com. “The SUV and truck heavy mix of the domestic automakers continue to generate a disproportionate number of male customers, while the exotic brands remain the best medicine for a midlife crisis.”

In terms of auto brands, men preferred luxury vehicles and domestically manufactured cars. The study found that Ferrari was the most gender-specific vehicle purchase on the male side, with 92.5 percent of it purchasers being men. Next up was Bentley with 83.4 percent and Maserati with 82.8 percent. Aside from luxury cars, men also purchase many more domestic brand vehicles compared to their female counterparts. Top domestic brands included GMC at 73.5 percent, Dodge at 72 percent, Ford at 68.6 percent and Chevrolet at 67.8 percent.

As for women, they prefer the Mini brand, in which they account for 46.2 percent of overall purchases. Mini, which also earned the top spot in the 2010 survey, was followed by Nissan (45.7 percent), Kia (45.6 percent) and Honda (45.5 percent). Interestingly, 17 out of the top 20 brands preferred by women were foreign nameplates. The only three domestic brands to crack the top 20 were Chrysler, Buick and Jeep, ranking 18 through 20.

In regard to individual models, the results were as follows:

The top five female purchases in 2011

The top five male purchases in 2011

So what accounts for the disparity between male and female car buying tendencies? According to Kristen Andersson, Senior Analyst at True Car.com: “Female car buyers really gravitated toward smaller, more fuel-efficient cars and crossovers. It was the complete opposite for male buyers, who preferred either a fast and sporty vehicle with distinctive curb appeal or a big vehicle, like a large truck or SUV.”

What do you think of the study? Does you car buying preference correspond with or contradict TrueCar's findings?