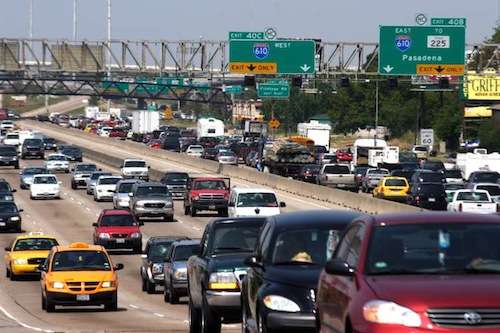 New study: Cities with the worst traffic in the US

Despite its reputation as America’s epicenter for traffic, a new study by Inrix has concluded that Los Angeles, California does not have the worst traffic in the United States. That being said, Los Angeles still managed to earn the runner up spot due to its infamous highway gridlock. So who managed to out due the City of Angels? That would be Honolulu, capital of Hawaii.

According to Inrix, drivers in Honolulu wasted an average of 58 hours on crowded roads in 2011. Not surprisingly, Inrix’s study primarily consists of some of the most populated cities in the U.S. Aside from Los Angeles, fellow Golden State city San Francisco managed to earn the third spot on the list with an average of 48 hours. California was the only state on the list to include more than one city. Rounding out the top 5 was a pair of East Coast cities: New York City and Bridgeport.

Despite the fact that drivers are spending the equivalent of 2 days stuck in traffic annually, traffic congestion was down in 2011. Of the 100 cities surveyed, 70 of them exhibited lower traffic rates compared to 2010. Overall, traffic congestion went down 30 percent last year. The study also concluded that worst morning commute occurs on Tuesday, while Friday presents drivers with the worst evening commute.

Inrix’s study was not based solely upon total hours wasted, but rather the duration of traffic during peak hours. This accounts for the fact that some cities, including New York have more hours logged than other cities.

Inrix’s study also examined what specific roadways had the worst traffic. According to the report, the country’s worst stretch of roadway is the 405 freeway in Los Angeles. The 405 freeway was followed by the Long Island Expressway in New York and the Penn Lincoln Parkway in Pittsburgh.

The following cites had the highest traffic congestion rates in 2011:

Click HERE to read the methodology behind the Inrix study and how it gathered its data.