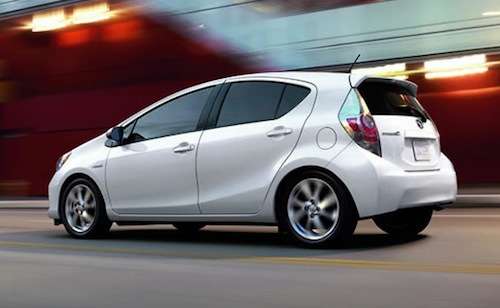 Interest in hybrid vehicles up 25 percent in just one year

Has your opinion on hybrid cars changed over the past year? According to The Harris Poll, car owners are becoming increasingly more interesting in hybrid vehicles compared to just last year.

The survey shows that nearly one-third (32%) of car owners report an interest in buying a hybrid vehicle. Nearly one-quarter (23%) says that interest in hybrid vehicles has increased compared to last year. While the statistics illustrate a notable jump, 59 percent of consumers stated they are more interested in tradition combustion engine vehicles.

When compared to their fuel efficient siblings, hybrids were the most popular alternative vehicle amongst prospective buyers surveyed. Hybrid (gas/electric) vehicles lead by a wide margin (26%) compared to diesel vehicles (11%), which finished second. Electric vehicles finished third with 9 percent.

So what accounts for the increased popularity in alternative vehicles? The majority of buyers (55%) point to saving money at the pump as their primary motivator. Twenty-six percent cited that they were concerned about the environment, while 18 percent said they would like to see a reduction in foreign oil dependency.

"This survey shows that automakers are starting to win over consumer confidence in hybrid vehicles, especially with younger drivers," said Mike Chadsey, Vice President, Automotive Solutions Consultant, Harris Interactive. "While this appears to be driven in large part by personal economic needs to reduce fuel expenses, automakers seem to be making a strong case for the performance and reliability of hybrid vehicles compared to traditional options."

Despite the boost in curiosity, hybrid vehicle popularity appears to diminish with age. Compared to their younger counterparts, just 15 percent of people over the age of 67 states that they are more interested in hybrid vehicles. Interestingly, 11 percent of those 67 and up indicate that they are less interested in hyrbids compared to just one year ago.