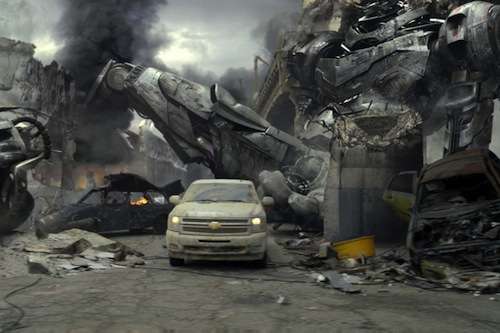 GM says it won't run ads during the 2013 Super Bowl

It appears that the folks over at General Motors are in a gambling mood this week. Not only did the automaker announce earlier this week that they would be pulling $10 million worth of advertising on Facebook, but GM also just revealed that it would not run ads for the 2013 Super Bowl. So what’s GM's decision? According to GM, it’s simply too costly. Thirty-second spots are already selling for $3.8 million, a figure that GM’s Chief Marketing Officer Joel Ewanick has deemed “too expensive.” Ewanick told the Wall Street Journal that GM is looking to revamp its global marketing operations and that the automaker is “not just going to do the same thing every year."

GM’s verdict raises numerous questions about the company’s advertising future. Not only will GM have zero presence during the most-watched television event of the year, but they also just cut major ad dollars from perhaps the most popular global website: Facebook. Ewanick maintains that “Facebook ads simply don’t work.” Ewanick’s disdain for the social media giant is no surprise coming from the man who called Twitter a “flash in the pan” and stated, “social media is a fad.” Although he may hate social media, Ewanick was quick to turn to his personal Twitter account last February in defense of GM’s Super Bowl ad, which portrayed Ford in an unflattering light to say the least.

For those who don’t remember, GM ran a Chevy Silverado ad during the 2012 Super Bowl that depicted a post-apocalyptic America where only the strongest trucks survived. Unfortunately for Ford, the F-150 couldn’t hack it the future, according to GM.

Despite Ewanick’s reasoning, GM’s Super Bowl decision is somewhat surprising. In the past, Ewanick has been a strong proponent of the merits of Super Bowl advertising. In fact, GM was the third largest Super Bowl ad buyer between 2002-2011, according to Kantar Media. GM spent roughly $82 million on Super Bowl ads during that time, bested only by Anheuser-Busch and PepsiCo Inc.

While we know the type of advertising GM is attempting to steer clear of, the company has been mum on what arenas they are looking to enter. What we do know is that GM aims to streamline its ad production, which will save more than $2 billion over the next five years, according to the Wall Street Journal.

What do you think of GM’s new approach? Will it be a success or is it destined to fail?