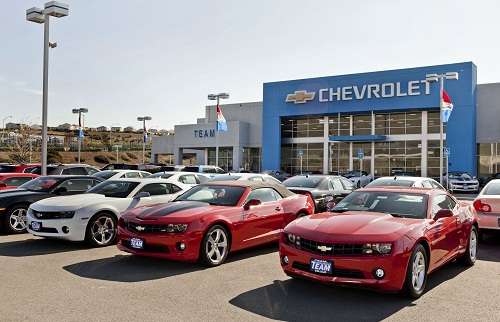 Economic boost could cause trouble for new and used car buyers

Car buyers likely to pay more for new and used cars in 2012 as the economy improves.
Advertisement

Although most Americans are rooting for an improved economy, prospective car buyers may want to think twice. A new study conducted by the National Automobile Dealers Association predicts that the average new and used car prices will go up as the economy recovers.

While the U.S. economy continues to grow at a sluggish pace, the NADA suspects that average car prices may experience a swift increase. Specifically, the NADA contends that new car prices will rise 6 percent to roughly $30,000 in 2012. Used car prices are expected to rise 1 percent for small cars to about $9,475, while the price for used pickups and SUVs may increase by upwards of 8 percent. Also worth noting, the NADA predicts that the worst time to buy a vehicle in 2012 will be in the spring; when both new and used prices peak.

The NADA also argues that as the economy improves, so does buyer confidence. Despite slow economic growth, potential buyers are expected to indulge on new luxury vehicles. Though luxury cars may experience a surge in sales, the same cannot be said for their used counterparts. Used vehicles are likely to be in short supply because such a small number were purchased during the recession beginning in 2008.

Despite the somewhat distressing news in regard to rising prices, NADA chief economist Paul Taylor forecasts a rise in vehicle sales over the next year. Taylor expects sales to increase approximately 9 percent to 13.9 million total sales in the U.S. To put this in perspective, automakers sold approximately 12.8 million vehicles in 2011, which was roughly 1 million more than 2010.

Another factor that will surely dictate vehicle costs is the price of gasoline. Current gas prices of around $3.50 per gallon will increase consumer demand for fuel-efficient vehicles. The NADA expects demand for compact and midsize cars to increase by over 2 percent.

Whether NADA’s estimates are correct remains to be seen, but projections can be drawn from last month's data. Compared to January 2011, General Motor’s sale figures are down 6 percent, while Toyota and Ford are up 8 and 7 percent respectively according to the Wall Street Journal.

Stay tuned to see how the ever-changing economy continues to impact consumer confidence and the auto market.

Toyota's First EV Will Have a Name of BZ: Toyota BZ
First Videos From Inside The Boring Company's Las Vegas Loop
END_OF_DOCUMENT_TOKEN_TO_BE_REPLACED