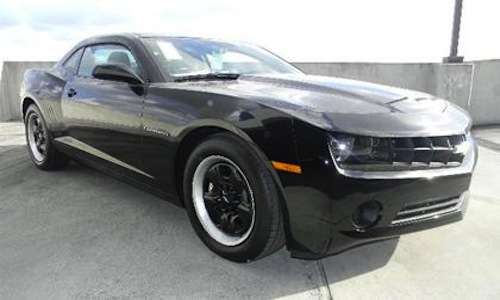 AutoNation promo sells new cars on eBay at half price

AutoNation's new promotion features 29 vehicles for sale at 50 percent off the MSRP.
Advertisement

Have you ever considered buying a new car on eBay at a discounted price? Well, thanks to AutoNation Direct, an online branch of AutoNation, it is now possible. In a truly unique sale, AutoNation is selling 29 cars on eBay at 50 percent off. So far all 8 vehicles put up for sale have been purchased with eBay’s Buy It Now feature. Each day 4 vehicles are listed in a first come, first serve basis. Sales thus far have included a Chevy Camaro for $12,720, Chevy Sonic for $8,727, Ford Focus for $9,842 and a Ford Mustang for $15,142, which sold in under a minute. The sale continues from now until next Friday.

"New vehicles included in the special offer consist of high-demand vehicles from Ford, General Motors and Nissan within the 2011- 2013 model year range. A total of 29 Buy It Now vehicle listings are scheduled to appear on eBay Motors at half price over the course of the offer period, including a 2012 Chevrolet Corvette. The variety of vehicles available during the special offer period reflects the wide selection of new vehicles available to customers on eBay Motors at great prices every day.”

As for the buying process, the eBay page says:

"On each of the first seven days of the special offer period, four new vehicles per day will be listed on eBay Motors at half price MSRP and made available to customers at various times throughout the day on a first come, first served basis. If the most recent listing(s) have closed, customers are encouraged to check back on the site as new half price vehicle listings will be posted throughout the duration of the offer period. On the final day of the offer period, Friday, March 30, a single 2012 Chevrolet Corvette will be listed at half price at a random time during the day. "

Founded in 1996 by H. Wayne Huizenga, AutoNation is the largest automotive retailer in America. Huizenga is also the founder of Blockbuster Video and former owner of several professional sports franchises including the Miami Dolphins, Florida Panthers and the Miami Marlins (formerly the Florida Marlins).

AutoNation currently has 215 dealerships nationwide and roughly 20,000 employees. The company sells 32 different auto brands and is the best-selling automotive retailer in the U.S. AutoNation is also highly regarded for its online presence and its creative promotions, which include its half off eBay sale. Aside from its eBay sale, AutoNation previously ran a unique promotion that planted a tree every time someone "liked" their Nissan Leaf Facebook page.

Be sure to check out AutoNation's eBay page each day to discover what new cars are up for grabs.