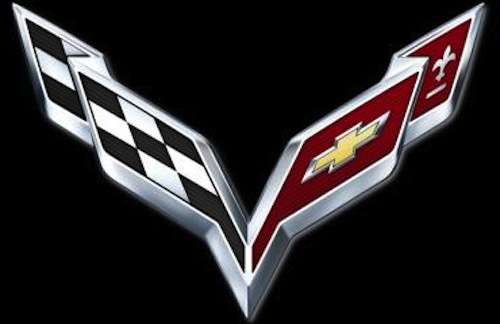 The entirely revamped engine of the 2014 Chevy Corvette touts an innovative deactivation technology, which aims to increase fuel economy.
Advertisement

On Wednesday,General Motors revealed the all-new engine for its upcoming 2014 Chevrolet Corvette. Dubbed the C7 (seventh generation), the 2014 Corvette will feature a redesigned 6.2-liter V8 engine, which pounds out 450-horspower. The latest addition to GM’s “small block” V8 family, the LT1 engine also features cylinder deactivation technology, which enables the vehicle to momentarily stop using four cylinders of displacement. GM says that the new technology will boost fuel economy, making the LT1 the most fuel efficient 450-horsepower engine available. Similar versions of the LT1 will likely be used in the other GM vehicles including the 2014 Chevrolet Silverado and GMC Sierra pickup trucks, according to GM.

The all-new small block engine of the new Chevy Corvette will be manufactured at the automaker’s 75-year-old Tonawanda plant in New York. Created in 1938, the Tonawanda engine plant has built over 70 million engines for GM vehicles. Aside from the redesigned C7 engine, the plant currently produces the Ecotec 2.2-liter & 2.4-liter Inline 4 models for the Chevrolet Malibu. The assembly plant also makes the Vortec 2.9-liter Inline 4 and Vortec 3.7-liter Inline 5 models for the Chevy Colorado and GMC Canyon pickup trucks.

Although GM has divulged the 2014 Corvette’s engine details, it has been more secretive on the vehicle's other characteristics. Corvette enthusiasts will have to wait until Jan. 13 to catch a glimpse of the vehicle’s redesigned exterior, which will debut at a Detroit media event leading up to the North American International Auto Show. Chevrolet previously unveiled a new design for the Corvette emblem last week.

Aside from what is expected to a drastically revamped exterior, the 2014 Chevy Corvette is expected to contain a more upscale interior, lighter chassis, and more efficient seven-speed manual transmission.

Interestingly, the first of the all-new C7 Corvettes is predicted to roll off the assembly line on June 30, which is sixty years to the day that the first 1953 model was produced.

Though not confirmed, prices of the 2014 Chevrolet Corvette are expected to range from $55,000 for the base model to upwards of $120,000 for the upscale Corvette ZR1 model.

Introduced in 1953, the first model Chevrolet Corvette was a convertible designed by Harley Earl, who was an industrial leader and a trailblazer in modern transportation design. Earl first conceived the idea for the Corvette while watching Jaguars and MG’s in road-racing competitions. Originally built in Flint, Michigan and St. Louis, Missouri, the sports car is now built in Bowling Green, Kentucky.