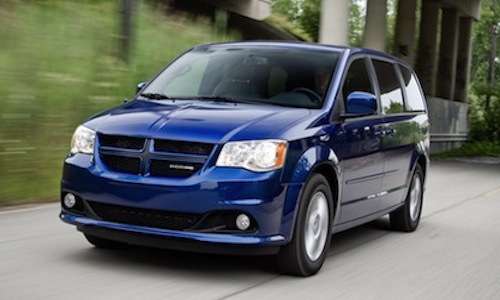 Faulty wheel assembly may cause wheel separation in certain Chrysler and Dodge minivans, increasing the risk of a crash.
Advertisement

Chrysler has announced the recall of 289 2012 Chrysler Town and Country and Dodge Grand Caravan vehicles for possible wheel separation issues. The affected minivans may contain right rear hub and bearing assemblies that are not fully machined. The consequence of this faulty assembly is a decrease in durability, which may lead to wheel separation, increasing the risk of a crash. The vehicles in question were manufactured from November 15, 2011 through November 21, 2011.

Chrysler will being notifying customers later this month according to the National Highway Traffic Safety Administration. Owners of affected vehicles will receive a new right rear hub and bearing assembly, free of charge. Concerned customers can contact Chrysler Customer Service at 1-800-853-1403. Chrysler owners may also want to contact the NHTSA at 1-888-327-4236 or online at www.safercar.gov. The NHTSA Campaign ID Number is 12V141000.

The news comes on the heels of Chrysler’s recall of 1,689 2012 Jeep Patriot and Compass vehicles, which were manufactured from December 17, 2011 through January 2, 2012. Chrysler issued the safety recall because some 2012 Patriot and Compass SUVs suffered from a faulty fuel tank assembly. Unlike the Town and Country and Grand Caravan recall, Chrysler’s SUV recall begins in June 2012.

The 2012 Chrysler Town and Country ranks 5 out of 8 on U.S. News’ list on top Minivans. The minivan earned an overall score of 7.8 based on 42 published reviews, test drives, and U.S. News’ analysis of reliability and safety records. Although the Town and Country received praise for its family-friendly interior, reviewers concluded that competitor minivans offered superior performance. The Town and Country’s overall score was particularly tarnished by its 5.0 out of 10 Predicted Reliability score, which comes from J.D. Power and Associates. J.D. Power’s score is based on recent quality and dependability data calculated in the past three years.