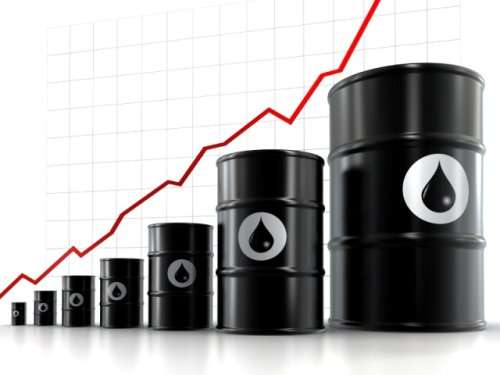 Nothing makes politicians more excited than getting to use name-calling to label something perfectly normal as being somehow deviant and evil. It lets them create a problem where there is no problem and rally the ignorant public around a cause that probably didn't exist until the windbag started yapping – currently it's “oil speculators” that are to blame.
Advertisement

In Washington, rhetoric is the name of the game. If your quoted blurb is better than your opponents', you win the day – whether facts are on your side or not. In fact, the side that has to “explain” the facts is likely to lose, so you always want to be the one forcing the other guy to explain.

The more unknown, but bad-sounding the label you can stick to your opponent or their industry, the better. Ever since the Federalists won out over the Anti-Federalists thanks in no small part to the names they were able to get labeled with, politics in this country has revolved around name calling. Had the anti-federalist been called “Freedom-Lovers” or “Libertarians” then history might have been different.

So it goes today. Nothing is better for politicians than a crisis (contrived or real) that they can twist to their advantage. The price of gasoline has been a favorite subject for decades, with everyone trying to force the issue and give it the labels they want. Alluding to “Big Oil” is always a favorite tactic, as is “economic choking” and comments about “lifeblood.”

Lately, however, the new thing is to bring out a very old term with a lot of negative baggage and throw it at the public in such a way that it can be stuck onto some of the things we've been told to hate. Oil “speculators” are labeled with a spit and insinuated to be in alignment with Big Oil and all of the evils it's been saddled with. To be an “oil speculator” is, according to the rhetoric, how you get insane profits by screwing over the American people because you want oil (and thus gasoline) prices to skyrocket so you can buy low and sell high.

As with all great lies, this one is told based on a kernel of truth. Add on the bicycle pump and start filling it up with hot air, though, and it becomes something entirely different, retaining only the veneer of the original, but being pumped up to incredible proportions.

Here's the rub: chances are you yourself or someone you know, maybe even a family member or close friend or neighbor, is one of these “oil speculators.”

This new name that President Obama conjured up and that has been gaining ground in media is really just for those who participate in oil futures. Many people with a retirement fund, such as a 401k, or similar investment portfolio are probably sometime oil speculators. It's one of many commodities that portfolio managers like to buy and sell as part of their attempt to average out ahead of the game to keep their clients' investments profitable.

The way oil futures work (or any other commodities future, for that matter) is simple. Two types of people are in the game: those who only buy promises to own the commodity when it's ready and those who actually want to own the goods when they're ready for delivery. Oil is no different than corn, gold, pork, or rubber for car tires. People buy and sell it every day and, in the case of futures, they buy and sell an item that doesn't exist yet, but is promised to be delivered when it does. In other words, when you buy corn futures, you're expecting a farmer to grow it and give it to you just as when you buy oil, you're expecting the owner of the oil rig to pump and deliver that amount of oil. The producer gets the security of money up front.

The idea for the buyer is to purchase at today's prices and then either sell the rights to it before delivery (that's the “speculating” bit) or wait for delivery and hope you got a good deal. Refineries, for instance, buy oil this way all the time, purchasing it months ahead of their actual need so that it shows up when they're running out of what they've currently got.

The problem is, as with any future, you're “speculating” that it will be worth more than you paid when it is actually ready for delivery – or at some point in between your purchase and that delivery. Investors will sell when that happens, making money in the process. But there's risk, just like any investment. Oil is just another commodity, it doesn't always rise in price. Recently it took a dip, in fact, and many of these so-called “speculators” lost out and sold their futures for fear that the dip would remain until the point of delivery. That part usually gets left out of the rhetoric, of course.

Futures are like any other investment opportunity. Even oil barons like the Hunt Brothers or current media whipping posts the Koch family, have lost big-time in commodities futures. It happens to everyone. Want another secret? Even media darling Warren Buffet is an oil speculator. Shocking isn't it? He's not alone. Most of the people who've at least pretended to be against “speculation” are, in fact, speculators.

And chances are, if you have a mutual fund or a 401k, you are probably sometimes guilty of “speculating” on oil too. How does it feel to be Dr. Evil?

Frank Sherosky wrote on April 29, 2012 - 11:53am Permalink
Great article! I laugh when so-called investors thumb their nose at speculators, when the simple truth is, all investing regardless of timeframe is speculative by nature. Of course the present President (with all respect to the office) doesn't understand the difference either based on his latest remarks. After all, as a former community organizer who only learned to access and use government funds, he has no business background.
Aaron Turpen wrote on April 29, 2012 - 2:05pm Permalink
All of his investment portfolios, such as they are, are hands-off mutual funds and indexes. So without the help of all of his Wall Street buddies (who proliferate his cabinet), he has no idea what investing is or isn't.
Aaron Turpen wrote on April 29, 2012 - 3:10pm Permalink
And for the record.. I don't have much respect for the office of president since during my adult lifetime, it's been nothing but a clown parade. :/
Anonymous wrote on April 29, 2012 - 7:34pm Permalink
Google the "$2.5 Trillion Oil Scam - slideshare." Purchase electric cars and solar panels. The price of oil and gasoline is determined by those who manipulate and control the crude oil futures markets, namely, the IntercontinentalExchange(ICE), ICE Futures Europe and the NYMEX and the price of oil is not decided by Obama, OPEC, global oil demand, Iran, Saudi Aramco,Inc. and the laws of supply and demand.
Frank Sherosky wrote on April 29, 2012 - 8:25pm Permalink
OK, Anonymous, let's say ICE controls oil futures. Then in the real future I have to assume ICE is so powerfult that it will likely control electric power futures, too. Remember Enron? So much for buying electric cars and solar panels. Fact is, ICE does NOT control the price; it merely provides the arena by which futures contracts are traded. Another fact is, OPEC indeed controls supply; IT IS A CARTEL FOR THAT VERY PURPOSE. And countries who make treaties and deals with them are equally as guilty; and when Obama kills the pipeline from the Balken, then that affects supply in America which affects price; likewise his denial of natural gas as a national resource that needs to be exploited right now. So, lack of decision has as much effect as a direct decision. So much for politics not playing its part.
Anonymous wrote on April 29, 2012 - 9:26pm Permalink
ICE controls the price of oil through the use of "round-trip" trades. Google the "Global Oil Scam." OPEC does not control the price of oil within the previously-mentioned markets. OPEC does not control the supply, because oil can be sought elsewhere, Alaska, Nigeria, Iran, Peru, Libya and so on. Big Oil controls the price of oil in Iraq, not OPEC, despite the fact that Iraq is a member of OPEC.
Frank Sherosky wrote on April 29, 2012 - 9:52pm Permalink
Round trip means you buy or sell, then you close out your trade; that's how futures are traded. That is a round trip. Nice try. You still evaded the political part in this paranoia. Furthermore, OPEC does control supply everytime it ups or lowers production. How different is that than when the President releases from the strategic reserves? Or when he blocks an oil pipeline for political gain? None. The fact that there are other areas of supply keeps OPEC from being a monopoly. Can Big Oil control its own supply? Sure, to some degree; the same way an automaker cuts production to halt the slide of a model's price; same goes for milk and shampoo. If the government restricts drilling, then is that Big Oil's fault they have to go to harder areas to drill and have to charge more? They are in the oil and energy business for crying out loud. Taxing gasoline use is no different than other socalled manipulations, except it's by Big Government; an attempt to control price and get a piece of the action. Then someone else comes into the market with more supply or an alternate, and the price is naturally regulated in the long run. It's called supply-demand capitalism. Subject to attempts to manipulate? Sure, over the short run, but eventually the manipulation gets found out and/or an alternate appears. I have more fear of Big Government, and so should you!
Anonymous wrote on April 30, 2012 - 8:26am Permalink
"Round-trip" trades are a fraud and they are against the law. A "round-trip" trades occurs when a company (A) sells an oil contract to another company(B), and the receiving company(B) sells the oil contract back to the original company(A) selling the contract. This falsely boosts the revenues of both companies(A&B) and sends a false signal to the oil market that there is greater demand for oil, which artificially increases the oil market price. No physical oil changes hands. ICE conducts "round-trip" trades because they have exempted themselves from US law, see the Commodities Futures Modernization Act (Enron Loophole). The CFTC cannot investigate ICE. OPEC has control of its own supply, but not the world supply. Big Oil controls both the Iraqi oil supply and the Iraqi oil price. The releasing of the SPR oil, was just a cheap source of oil for Big Oil. There is a glut of oil on the Gulf coast and on the West coast, so why isn't the oil and gasoline price dropping? Google the "Global Oil Scam." The oil market has not been manipulated over the short-term, it's been manipulated for the past 12 years under the Enron Loophole, passed into in the year 2000. Big government is not getting a piece of the action, Wall Street and Big Oil are getting all of the action. You should be more fearful of Big Oil, than the government.
Aaron Turpen wrote on April 30, 2012 - 1:29pm Permalink
Big Oil cannot exist without Big Government to protect it.

LG's New EV Battery Plant Is a Welcome News for Tesla
Tesla Giga Berlin's New Hurdle: It's Not Only the Gov't, but Now Tesla Itself
END_OF_DOCUMENT_TOKEN_TO_BE_REPLACED