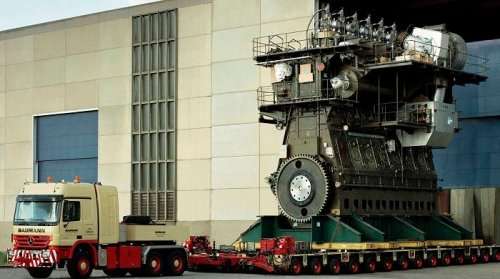 What does a billion horsepower look like? Ask Toyota

Toyota's engine plant in West Virginia has built ten million powertrains (engines, transmissions) and is now celebrating a billion horsepower - enough horses to stop the earth's spin and wreak havoc on our ecosystem. But they promise to use it only for good.
Advertisement

In the small town of Buffalo, West Virginia, Toyota Motor Manufacturing has a plant that employs 1,300 people, all of whom build engines and transmissions. They've been working so hard, in fact, that they've produced 10 million (as in 10,000,000) of those powertrain units - the first time any Toyota plant outside of Japan has done so. Enough that every twenty seconds, another Toyota rolls off an assembly line in the United States with one of the West Virginia-made powertrains inside it.

With all of that, these busy workers have had time to do something else: produce one billion horsepower.

Yes, you read that right. Billion. With a B. As in a Carl Sagan "billion" said only once. As in a deficit number that used to be highly worrisome up until Carter took office.

To put it into perspective, a billion horsepower is roughly equivalent to about one tenth of the power created by the earth in one spin on its axis* If all one billion horsepower that the Toyota West Virginia plant has made were used to counter that force, the earth would stop spinning in just ten days.**

But don't worry, Toyota promises to only use this power for good. Mostly to help people get around with reliable, easy-to-maintain vehicles. Like the Sienna your neighbor hauls the soccer team around in. With great power comes great responsibility. The workers at the West Virginia plant can handle it.

To prove that, Toyota donated $32,500 to 13 area schools in Putnam, Mason, Cabell and Kanawha counties in WV to celebrate their billion horsepower on top of a $5,000 donation already made to Buffalo High School for tree-planting Arbor Day activities (Arbor Day is a holiday invented in Nebraska, where trees don't grow).

So fear not, gentle citizens. Toyota's got your back.

*Totally made up number. **Absolutely no math whatsoever went into the making of this figure.