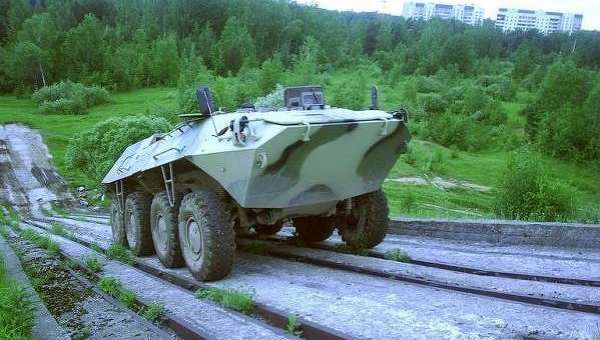 In Russia, they are serious about several things: they like their leaders to have a tough guy appearance, they prefer a dominating military, and they like agency names to be as literal as possible.

The Krymsk APC is based on the tried-and-proven BTR-90 Rostok vehicle, but includes a diesel-electric hybrid drivetrain. This improves fuel economy, of course, but also gives the heavy vehicle the ability to run without engine noise or exhaust for short distances (the exact distance is classified, but is probably only two or three miles) on batteries alone. This silent-running option gives it a stealth unmatched in the personnel carrier arena.

The Krymsk can run at speeds up to 60 miles per hour, accelerates to 80 km/h in 33 seconds, and can be equipped with a variety of weapons systems, including some highly advanced options like laser, electromagnetic, and sound weapons that require large amounts of power - which the diesel engine, working as a generator, and the large battery pack can supply.

What's more, the Krymsk is also built from the get-go as an out-of-the-box remote-controlled machine. This means it can be easily fitted to be operated from afar like a drone aircraft or by nearby troops as a support machine. It could also be used to scout fields of land mines, test roads for IEDs and roadside bombs, and do other things without putting troops in danger.

And no, the U.S. does not have anything like it that is currently being publicly field tested.

LG's New EV Battery Plant Is a Welcome News for Tesla
Tesla Giga Berlin's New Hurdle: It's Not Only the Gov't, but Now Tesla Itself
END_OF_DOCUMENT_TOKEN_TO_BE_REPLACED