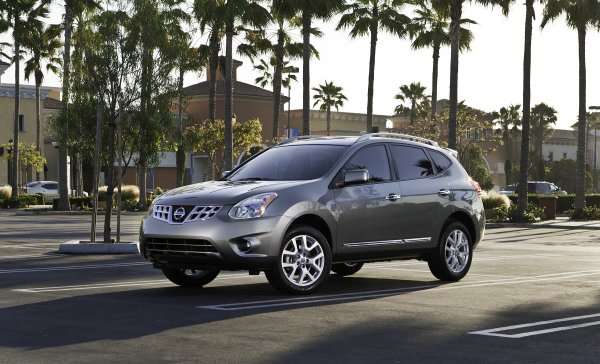 Nissan is keeping current-generation Rogue despite redesign for 2014

In a very unusual move, Nissan will keep the current-generation Rogue in showrooms next year as the Rogue Select while the new 2014 Nissan Rogue will go on sale this November. Both generations will be side-by-side on the showroom floor.
Advertisement

Nissan says that because the 2013 Rogue has been so popular, becoming their second-best selling vehicle next to the Altima sedan, they will not discontinue it as they usually would when a completely new design for the model has been introduced. Instead, the company has continued production to fill inventories before switching to the new 2014 Nissan Rogue and will move production to another facility to keep up with expected demand.

This means that when the new 2014 Rogue hits showrooms in November, it will do so alongside the 2013 model it is replacing. The outgoing 2013 model has been renamed the Rogue Select and will re-introduce in January 2014 under that name and a base MSRP of under $20,000. Nissan says that this will offer another choice in the segment for buyers who prefer the design of the previous-generation Rogue and the company will consider continuing production alongside the new model if demand warrants it.

"As the compact SUV segment is becoming very specialized, there is an opening for a low-cost, high-content offering, which is a gap that Rogue Select will fill," said Fred Diaz, divisional vice president, Sales and Marketing, Nissan North America, Inc. "Rogue Select will allow Nissan to continue its strong performance in the segment, which will only get stronger once the all-new, U.S.-built 2014 Rogue goes on sale."

The Rogue sold 142,349 units in the United States for calendar year 2012 and 2013 sales have gone up by 13 percent through August. Production for the North American version of the Rogue Select will move to Kyushu, Japan to allow the Smyrna, Tennessee plant to concentrate on the 2014 Nissan Rogue model's production.

Full pricing for the Rogue Select will be announced shortly before its new launch. This unusual move may give the company inroads into an emerging market without requiring a new model or the cheapening of a current model vehicle to do it. A bold move, but one that may pay off.