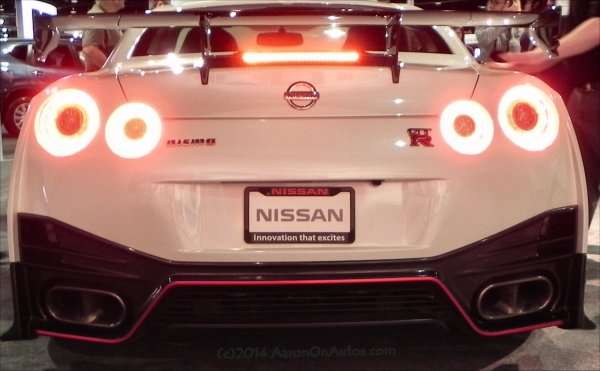 Nissan Continues Double-Digit Sales Growth, Infiniti.. Not So Much

Nissan has once again posted double-digit sales growth over last year, but its Infiniti premium brand is finding times to be tough.
Advertisement

Nissan has announced U.S. sales totals for September 2014 for both its Nissan Division and Group (which includes Infiniti). Once again, Nissan shows a double-digit uptick in total sales, with the Nissan Division being up over 22 percent compared to September 2013 and the Nissan Group totals being over 18 percent higher than September of last year.

Nissan has been aggressive in its marketing and product introductions for the past two years. Every new product introduced and heavily marketed in its segment has seen huge sales growth. The Nissan LEAF sold 2,881 units in September 2014, a 47.5 percent over the same time last year. The Rogue, a strong introduction for the 2014 model year, is showing its appeal with a 51.8 percent increase year-on-year at 17,229 units. The Versa, Sentra, and Murano all jumped by double-digits as well. As did the Nissan Frontier pickup, the only one we've mentioned that hasn't seen a significant refresh over the last two years.

Every one of these vehicles is either a new model introduction or has been heavily marketed for several months or more. Nissan has an aggressive growth strategy to match high goals it has set for itself.

Infiniti, on the other hand, is seeing double-digit losses year-on-year for most of its models. The Q50 is the only exception, but its growth is not phenomenal at just 15.8 percent year-on-year where as the G37, its predecessor, saw 50.4 percent losses (which is understandable) and its coupe variant, the Q60, saw 46.2 percent losses in sales volume year-on-year. The QX50 crossover saw an 18.1 percent gain and the QX60 and QX70 saw tiny upticks, but the big QX80 saw a 22 percent drop, making those other gains a wash.

But things at Infiniti aren't all bad when a bigger view is taken. Year-to-date, Infiniti is showing 9.3 percent growth. That is not stellar, but it's not bad either. Nissan itself is up about 13.7 percent year-to-date since its truck division (namely the Titan, Quest and Armada) is still dragging it down. All three of the heavy losers in the Nissan lineup are virtually ignored by Nissan marketing and all three are due for an update in the next year or two.

What is being seen here is the difference between a nearly all-new lineup of vehicles versus an older, dated lineup. Infiniti will be rolling out new products soon and has revamped the Q50 flagship for 2014, which is showing in sales now. Meanwhile, Nissan itself is losing sales only on those vehicles which have not been recently updated and are not being marketed strongly.