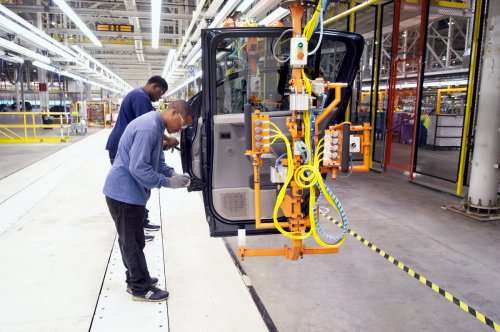 Nissan to celebrate 10 years of manufacturing in Mississippi

In 2013, milestones will be surpassed as Nissan celebrates a decade of building American-made cars in Mississippi.
Advertisement

2013 will mark ten years of operations at Nissan's Canton, Mississippi plant. More than two million vehicles have been produced there and nearly $2 billion in payroll has been generated since the plant's opening in 2003.

The Canton plant employs more than 5,000 people in and around the Jackson area and the company plans to celebrate the tenth anniversary with a series of events that highlight those employee's accomplishments.

In 2003, the first vehicle to roll off the floor was the only model being produced there. Now, the Canton production plant produces seven vehicles: the Altima, Armada, Xterra, the Titan, the Frontier, and the NV commercial van series. To these will be added the Sentra in 2013. Nissan attributes the fast growth and success of the plant to its employees.

"I'm often asked about our plant in Canton, and I always have to start by talking about our employees, the heart and soul of our plant." Dan Bednarzyk, VP and plant manager at Canton said. "Our team members are our strength. Their spirit and extraordinary work ethic are the reasons we have been able to consistently earn additional investment that has continued to create jobs. We have to be competitive on a global level to earn work here in Mississippi. I am confident that we have more to look forward to in the future."

Nissan itself has donated more than $5 million to local community-based organizations and charities over the past decade while its employees have added another $2 million to that number, not including the countless numbers of man hours volunteered for both company-sponsored and other events in projects such as Habitat for Humanity and school mentoring systems.

Nissan will announce various events to celebrate this anniversary in Canton in the weeks ahead, starting with their current promotion, Christmas From the Heart. Visit Nissan-Canton.com for more information.