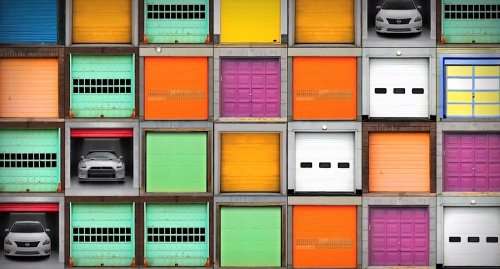 Two designers with an idea for education and for health care won the grand prize from Nissan's Innovation Garage campaign and a third won a new car for having an idea that was a crowd favorite. All three winners will receive a brand new 2013 Nissan Altima and the two grand prize winners will also receive $50,000 grants to flesh out their ideas and assistance in promoting Kickstarter.com campaigns to raise more money.

Early this fall, Nissan started the Innovation Garage campaign on Facebook and Twitter by asking people to fill in the blank: "Wouldn't it be cool if..." The challenge was to propose an idea and a possible (realistic) solution for it in 500 words or less. Two forms of voting then took place, with winners being announced Friday.

Two winners were selected by a panel of judges made up of Nissan engineers, executives, and product development experts for the grand prize of $100,000 in grants (split between them), a new Altima, and help with a Kickstarter campaign. A third winner was chosen by fans through Nissan's Facebook page and Innovation Garage website. Out of more than 15,000 ideas, three emerged as winners.

The fan favorite was from Kyle Vath of Cincinnati, Ohio. His idea for a non-emergency first response unit, meant to take the load off of emergency rooms and fire crews, is a simple medical response vehicle and team to be dispatched to medical calls that are not emergencies, saving ambulance and EMT fire crews for more important calls.

The grand prize winners were entries from Andrew Saldana of Downey, California and Ryan Helsel of Durham, North Carolina. Saldana's idea is called "Dreamwork" and is a device that promotes learning while sleeping. Helsel's idea is a medical device that is deceptively simple, reducing the occurrence of bed sores and is affordable enough that it can be used in developing countries.

The two winners will receive their grants and be posted to Kickstarter.com for further funding. Having driven the new Altima, I'd have to say it's hard to decide whether to be jealous of the winners for the large grant or the car. Zero gravity seating is an innovation in itself.