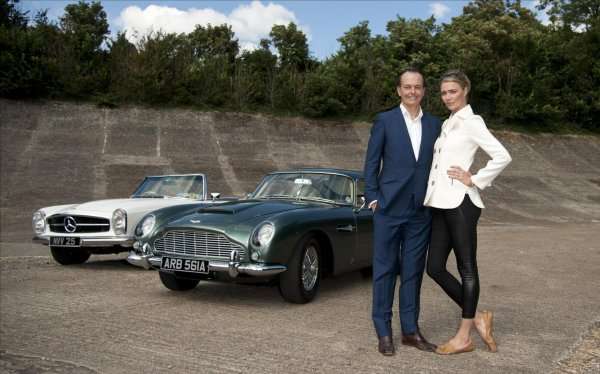 If you love classic vehicles, especially European autos, and think no documentary is complete without British accents and plush surroundings upon which beautiful cars of every description are showcased.. you'll love this show.
Advertisement

This television show enters living rooms in January globally and features not only beautiful classics of automotive vintage, but also of the human. Headlined by once-Top Gear founder Quentin Wilson and supermodel-turned-race driver Jodie Kidd, the show uses a combination of cinematography and quaint British auto reporting to showcase classics as they're meant to be seen by the masses. The locales, mood lighting, and narrative are mysterious, lush, and just out of reach. Much like the cars being shown.

The cars themselves are under the ownership of names that are equally luxurious. The classics shown are from the stables of David Gandy, Bruno Senna, and Sir Stirling Moss, among others.

To counter the out-of-touch feeling the show might create, "everyday" classics are also showcased. Here you have celebrities like Daisy Lowe and Jessie J showing off their machines.

With the fast growth of the classic car market, which is now a multi-billion dollar industry that is growing faster than nearly all other collectibles markets, it's no wonder television shows with high production values are now being produced. The Classic Car Show is an example of the new (and monied) interest being put into the classic car, once the purview of only the super-rich and the garage mechanic. With glamorous names and high-value auction houses now in the game, things are far different than they were just ten or fifteen years ago.

Produced by people formerly involved in Top Gear (UK) and Top Gear Live, this new Classic Car Show is well-done. Although it is largely Brit-centric, the show is aimed for an international audience and will appear on cable and streaming networks globally, including here in the U.S., starting early in 2015 as a Sony Pictures Television distribution.

See the trailer below.