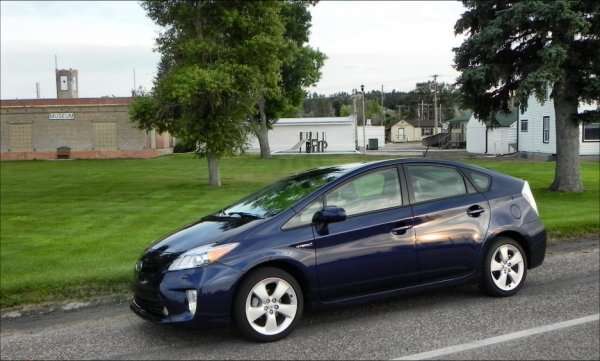 New Poll Shows Interest in Hybrids and Electrics May Have Peaked

A new Harris poll, along with sales data, seems to show that the total number of electrified vehicles (hybrids, battery electrics, plug-ins) may have peaked.
Advertisement

Sales of electrified vehicles - including hybrids, plug-in hybrids, and battery electrics - totaled about half a million units per year for 2013 and 2014 and are likely to see about the same this year as well, with not quite 300,000 having been sold at the end of July. That puts the total number of electrified vehicles at about 3 percent of the overall market, which is about what it was in 2012. Now a new Harris Poll seems to bear out the idea that the electrified vehicle market may have peaked.

The poll has been issued every year for the past several years and findings have remained consistent. Just under half of those considering buying a car say they'd consider a traditional hybrid. This interest wanes when the choice is a plug-in (hybrid or battery electric). The number of those interested in diesel as an option rose by three percent to 19 percent, but those interested in smaller-displacement gasoline-powered cars were down by the same amount (to 35 percent).

The Harris Poll surveyed 2,225 U.S. adults who were considering a vehicle purchase in the next year. When broken down into general demographics, the Harris numbers show that things may someday be in favor of electrified vehicles, though the overall numbers are pretty slim. Millennials are about ten percent more likely to consider a hybrid than the average buyer and much more likely to consider a plug-in or diesel. They are, however, not as likely to be buying a car right now and are still below 50 percent in their total electrified vehicle option likelihood.

Top concerns considered barriers to buying an electrified vehicle were also relatively obvious. Price was a huge concern, as was range potential. Reliability, a top concern when buying any vehicle, was not a serious barrier with hybrids or electrics.

What the Harris Poll shows when coupled with sales data, though, is that we may have found a peak for electrified vehicle sales. Until something changes the game dramatically, particularly in price reductions, hybrids and electrics are not likely to see significant market growth.