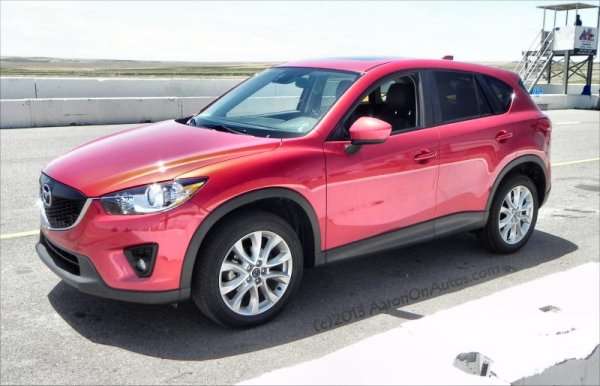 Mazda North America sold over 28,000 vehicles in August, making this its best August of the past ten years. Both year-on-year and year-to-date sales are up, showing that the company is making inroads into the American market.
Advertisement

All of Mazda's flagship models are posting record sales for the month of August. Mazda has not seen sales figures like this in ten years and the increases are continuing month-to-month, showing an overall trend of increased share for the company.

For August 2013, Mazda posted a total of 28,106 vehicle sales, an increase of 26.4 percent over last year and 6.8 percent year-to-date. Mazda has sold nearly 200,000 vehicles this year so far, giving it a much-needed boost and proving that it's flagging American sales are a thing of the past.

Leading the way were the SKYACTIV technology vehicles, accounting for nearly 75 percent of the company's sales in August. Mazda has been increasing production to match these increases and anticipated future upticks as well, with production becoming capable of 1.1 million units by July of next year.

The CX-5, the SKYACTIV front line vehicle, had its best-ever month of sales at 8,506 units in August for a year-on-year increase of 82.3 percent.

Not far behind was the Mazda6, the company's flagship midsize sedan, posting sales of 4,249 vehicles in August for an impressive year-on-year increase of 166.9 percent.

The little Mazda3 couldn't be left behind, of course, and saw 11,031 vehicles sold in August with its best month of sales since September of last year. Dealers are reporting that the all-new 2014 Mazda3, which entered showrooms on August 21, is leaving the lot as fast as they can unload deliveries of the car.

The little MX-5 Miata is not to be ignored with sales up 3.2 percent year-on-year. Mazda is also killing it in Mexico, pulling 46 percent in sales increases year-on-year for August 2013.