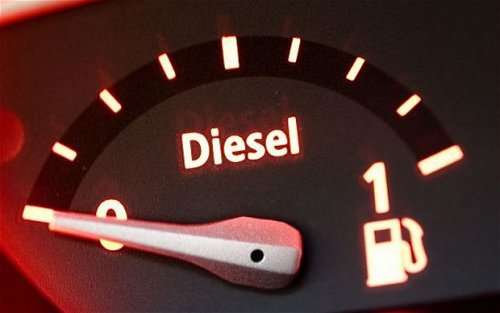 The Diesel Technology Forum has penned an open letter to Maryland Governor Martin O'Malley informing him of the unfair discrepancy in his transportation funding proposal, which would tax clean diesel vehicle owners in favor of gasoline drivers.
Advertisement

“Thanks to tremendous advancements, diesel can no longer be viewed as just a fuel used by commercial truckers,” Schaeffer wrote in the letter. “Clean diesel vehicles are quickly becoming widely available and popular. Thanks to their inherent energy efficiency, diesel cars and trucks achieve 20 to 40 percent better fuel economy than a comparable gasoline vehicle and achieve roughly 10 to 20 percent reduction of greenhouse gases along with near zero emissions of smog forming pollutants. Replacing 15 percent of the fleet with diesels would reduce greenhouse gas emissions by 190 million tons over the estimated vehicle lifetime and save 17 billion gallons of fuel.”

Schaeffer added: “We are concerned that the fuel tax disparity included in your proposed transportation funding package could have the unintended consequence of discouraging the purchase of fuel efficient clean diesel vehicles that are already reducing fuel consumption and improving air quality throughout Maryland. We wanted to be sure you were aware of this matter and hope that clean diesel technology is not treated unfairly in the state.”

U.S. Transportation Secretary Ray LaHood said that if one third of all vehicles in the U.S.A. were clean diesel, then we'd be completely off of oil imports from Saudi Arabia, which is the majority of the oil we import from the Middle East.

The open letter to the Governor was also copied to several key members of the Maryland House and Senate, including members of the Budget and Taxation Committee and Ways and Means Committee. The Diesel Technology Forum is based in Frederick, Maryland and can be found here at this link.