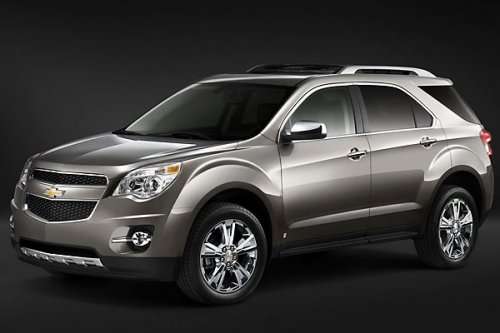 The market share for SUVs is now larger than ever

Surprise, surprise. For those who thought the sport utility vehicle was down and out, think again. The SUV now holds more market share than it ever has before - even more than it did during the 1990s "SUV Craze."
Advertisement

In the 1990s, about one in five vehicles sold in America was an SUV. During that supposed height of the "SUV Craze," sport utilities were huge truck-based vehicles that sucked gasoline almost as fast as you could pump it in.

Today, market data shows that SUVs are one of every three vehicles sold in the U.S., surpassing the "craze" and becoming the most ubiquitous vehicle on American roads. The SUV is thriving for several reasons, not the least of which is their continued evolution as consumer interests change.

Early SUVs were nothing more than trucks with a permanent bed cover on them and some seats added to usefully use that extra space. Eventually, the SUV became a truck-based van with emphasis on towing and off-road capability. At the height of their time in the 1990s, they were often some of the most capable "bush" machines being produced, despite rarely being taken off-road by their owners.

Noticing this, carmakers quickly began re-thinking the sport utility, doing what businesses in a free market do best: learning what consumers wanted and delivering it. Despite the bad reputation the SUV had as a symbol of American excess and fuel consumption, they were still selling as fast as manufacturers could produce them. It didn't take long to learn what it was about SUVs that consumers liked most and what was considered their down-sides.

In the early 2000s, SUV sales began to slump and market share was being lost as consumers looked for more fuel efficient options. Automakers, though, knew what consumers wanted and why and were quickly re-tooling the sport utility to match.

Today's SUV is a far cry from its truck-based ancestry. Most are based on cars, not trucks, with higher ground clearance than most cars and most are now front-wheel or all-wheel drive rather than four-wheel off-road machines. Towing capacities are often lighter and, to go with this, vehicle sizes and weights are also much smaller than they were during the '90s. The tipping and rollover issues of the 1990s are now gone as well, thanks to lower centers of balance and electronic stability control systems.

Most SUVs today are getting better fuel economy than passenger cars of just a couple of years ago. The Chevrolet Equinox (pictured), for instance, has a better combined mileage rating than a 2010 Honda Accord and equal to the 2010 Toyota Camry.

The minivans and larger cars that were replacing SUVs at the turn of the 21st century are once again being pushed aside in favor of sport utilities. The up-sides to an SUV are their cargo space and people-hauling options as well as their perceived greater safety. Consumers see larger vehicles as inherently safer, and nothing is deemed safer than a truck - even if it's not really a truck anymore.

The promise of utility along with fuel economy is shown to be a big selling point as the fastest-growing share of the SUV market is the smaller segment, making up nearly half of all SUV sales - a segment into which the Honda CR-V and Ford Escape fall. Mazda has basically sold out of its CX-5, says Jeremy Barnes of Mazda to CNN Money.

The SUV is not dead. Far from it. Proof that the consumer market, not green hype, sells vehicles.