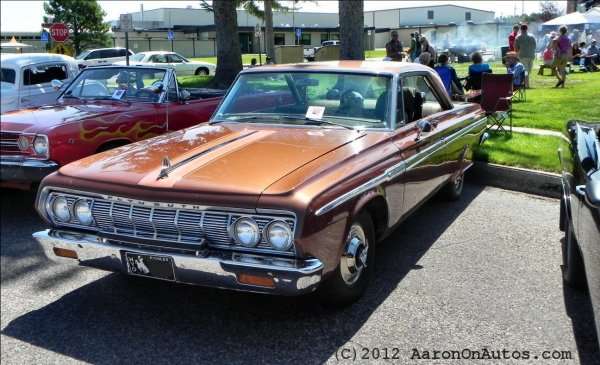 How not to be a dipstick at car shows

Spring has sprung and it's nearly car show season. For many of us, that means weekends spent perusing classics, the latest and greatest, and more. Learn how not to be a donkey's cousin with these auto show etiquette tips.
Advertisement

We all love going to car shows. It's a gearhead, car nut thing. From classic cars to next year's model, we can't get enough of them. Traditionally, after the winter's big-event car shows like New York and Detroit are finished, we have a whole season of small, regional, and enthusiast shows to look forward to. From Concours showcases to small town car club showings, it's easy to find what you're looking for.

Yet those of us who show or attend at these events have our pet peeves. There are unwritten, but generally-accepted rules of behavior and etiquette at most social gatherings and car shows are no different. Most people are at least generally aware of these standards, but there's always that one schmo who's got to ruin it for the rest of us.

Here's the generally accepted rules of the show, for those who don't want to inadvertently be that idiot.

DO NOT TOUCH THE CARS
The only exception is if the car is yours or the owner invites you to get hands-on with the vehicle. Otherwise, HANDS OFF. This is the biggest, most important rule of car shows. Those who are displaying their vehicles spend hours washing, polishing, and buffing them for you to enjoy. Throughout the day, they are constantly wiping off dust, finger smudges from those who ignore this rule, and worrying over minute scratches and dings thanks to blundering morons who don't abide by this rule.

Pay Attention To Where You Are
This means you need to know where you are in space-time at all moments while engaging with the vehicles. If you lean down to look into the engine compartment or through a window, mind your jacket, zippers, earrings, necklaces, and what have you. Nothing should ever come in contact with the car. Nothing makes an exhibitor more nervous than hearing a metal-on-metal "tick!" sound. It sounds like scratched paint, every time.

Keep Control of Your Kids and Pets
If they're too young for you to be able to properly keep a handle on them so they don't grab, smudge, lick, or otherwise get touchy-feely with someone's show car, they're probably too young to be at the show in the first place. This goes for dogs too. If your dog jumps up on someone's car to look in the window, you deserve to be beaten with a broken tailpipe as a result.

Be Aware of Photo-Takers
Car shows are full of them. If you aren't interested in being in the background of someone's photo, don't go to a car show. To attend is to become a car model. Although some precautions, such as dressing like a long lost member of a 1980s boy band with 1960s throwback golf duds might work to discourage your inclusion in photos, there's no guarantee.

Next, though, be courteous to the photo takers at the show. Try not to crash or photobomb their shot by walking into it, pointing questionable body parts at their lens as they focus, or make drooling, dumbfounded faces as you try to puzzle out what, exactly, that wiring in the Model T was really for. So you know, the Model T used a magneto and spark was timed from a lever on the steering column. It takes skill to drive a T, so give your grandma some cred.

STFU If You Don't Like Someone's Car
No one likes trash talk and chances are, you'll just make yourself look dumber than you really are anyway. That car that doesn't have beautiful paint, perfect chrome trim, and a pristine engine bay? While you might think it's out of place at the auto show, it's probably one of two things: a work in progress, which is always interesting to see over time, or an "untouched original" which actually makes it more valuable than that repainted, reupholstered, customized beauty it's sitting next to. Either way, the fact that you don't like it probably means you're ignorant about what it is.

On the same note, while striking up conversations with car owners and restoration buffs is great, don't go acting like you know all about their car or lie about how you "usta have a.." and whatever. Nobody believes you and everyone hates a know-it-all. By all means, though, ask detailed questions about the car(s) in front of you. You'll be amazed at how one car, say a 1957 Chevrolet Bel Air, can have twelve different impressions and backgrounds according to the twelve people who've all owned it.

Have Some Common Courtesy
This boils down to common sense which, as we all know, isn't all that common. Seriously, though, don't talk about your escapades with the high school hottie in your 1984 Corolla to the guy showing off his DeSoto with his wife sitting right next to him. That's tasteless.

On the other hand, feel free to make cat calls and raise your eyebrows with some "Hey, baby" remarks at any hot car you see in the show. I doubt they'll get offended.