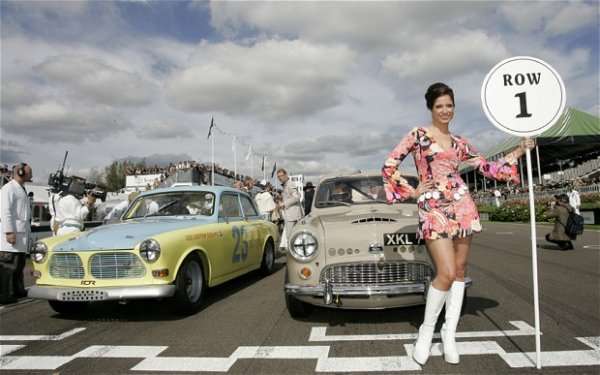 The Goodwood Revival is an annual event in the UK that features the world's finest historic motor racing and this year you can be there without leaving your chair.
Advertisement

The Goodwood Revival is going on this weekend and for those who cannot be there, this year features online streaming of events, including races, car shows, and more.

Every year, the Goodwood race center features some of Europe's largest and most well-attended car shows and transportation-related festivals. The Revival is an annual event that features vintage and classic cars at show and on the race track. It is one of the few vintage racing events held around the world and it attracts audiences by the tens of thousands and viewers on television in Britain, France, and other countries by the millions.

This year, they're planning on even more as they go live on the Internet for the first time. Now anyone, anywhere on the globe, can see a live stream of events as they happen.

The Goodwood Revival began on Friday the 13th and runs through tomorrow, Sunday the 15th, with most of the races and happenings going on today and tomorrow.

Tomorrow will include the Stirling Moss Track Parade, Fordwater and Gordon Trophy runs, the Settrington Cup, and a lot more including a Battle of Britain memorial flight and the Royal Automobile Club TT Celebration.

Go to Goodwood.com to see it live!