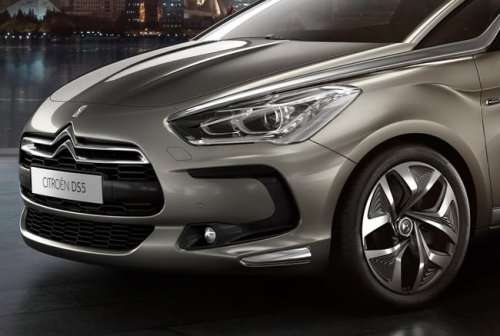 After all the publicity President Obama had over not choosing a hybrid limousine as the official White House car (for "security reasons"), the new French president Francois Hollande will be parading in a diesel-electric Citroen DS5 hybrid hatchback for inauguration.
Advertisement

Specifically, it will be the Citroen DS5 hybrid hatchback and the future French president, Francois Hollande, will cruise it down the Champs-Elysees when current President Sarkozy hands over the reins of power.

Hollande (whose very name denotes a non-French country, by the way), is the Socialist candidate who beat out the competition in France's elections. He will decide a lot of things, including foreign policies, righting France's current economic woes (likely the political driving point which got him the popular vote as a Socialist), and what kind of car he will show up to it all in.

His choice is the functionally beautiful Citroen DS5 diesel-electric hybrid hatchback. It's also a direct thumbing of the nose to America, which is a favorite French passtime.

While pundits on both sides of the isle-that-isn't argue over whether Obama is a socialist and whether or not this action by a bonafied, capital-S Socialist in France proves or disproves that point, they'll be missing the larger picture. That being that those baguette eaters who pride themselves for a glorified lightning rod landmark are really just saying "We are still better than you unsophisticated Americaaans" in their nasal accents.

Foreign relations will suffer. Expect nothing less than drone strikes on the Citroen factory and for Obama to swap out the tires on the Presidential Limousine in favor of a monster truck retrofit. It's only logical, since he has to show strength before the November elections. If he's seen as being "soft on France," he'll be sunk.

It will go down in history as the French Hybrid Crisis with the Citroen DS5 hatchback diesel-electric hybrid forever being known as the car that nearly started World War Three. In ten years, Leonardo DiCaprio will play the French President-elect in the Hollywood (semi) historical drama of these events. Hopefully they'll find a good actor to play Obama. Come to think of it, he'll be free to take the role himself, flexing his acting muscles a bit reprising an older role. Will Farrell could play Mitt Romney, but, of course, they'll have to CGI in the dog on top of the station wagon so no animals are harmed during the filming.

You heard it here, folks.

Toyota's First EV Will Have a Name of BZ: Toyota BZ
First Videos From Inside The Boring Company's Las Vegas Loop
END_OF_DOCUMENT_TOKEN_TO_BE_REPLACED