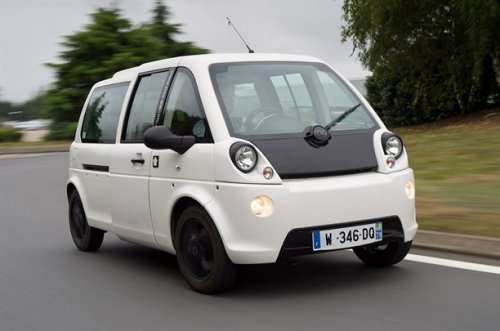 Concepts at Geneva - The Ugliest, Lamest and Most Far Out

Three concepts from Geneva represent the ugliest, the lamest, and the most far out presentations at this year's show. Laugh, cry, and be dumbfounded.
Advertisement

Big car shows like the Geneva Motor Show are often the place where automakers flex their wings a little bit. They tend to showcase their latest concepts, coolest designs, and unveil their hottest models (some of them are cars). Quite often, though, they ride the Fail Whale into automotive jeerdom and then spend the next six months attempting to recoup all of their lost PR.

This year was no different. Geneva saw unveilings that were spectacular, trend-setting, and beyond compare. Of course, once the covers are off, nobody cares about those cars anymore. We live in a world of blooper reels, race wreck instant replays, and wardrobe malfunction slow-mo. We want epic F ups and we want them often.

So here are my picks for this year's Geneva show face palms: the ugliest, lamest, and most "what the hell were you smoking?" concepts revealed at the 2012 show. So sit back, relax, and prepare to hit that big Facebook "like" button up there 'cause all your friends are gonna wanna see this too.

So Ugly, Even Its Alabama Cousin Won't Date It - The Mia electric mini-bus
This thing debuted a couple of years ago as an idea in some former VW designer's head and then made its first concept model in 2011. This year, it's been "updated", as pictured above. Everything you need to know about this car is exemplified by its designer. Murat Gunak has big, heavy-rimmed glasses and often looks as if he hasn't slept for days. In other words, he's a total geek engineer and his creation reflects that. It's technically in production, but don't hold your breath looking for one on European roads.

So Lame, Even Its Mom Pretends Not To Know It - the Bentley EXP 9 F

Also known as "Bentley's WTF moment" this SUV concept was probably the biggest, loudest, and most-trumpeted failure of the Geneva show this year. Bentley basically took the venerable Continental and stretched it out into an over-sized station wagon, threw on some large wheels, added some unnecessary bumps to make it look more "aggressive" and called it an SUV. This concept was so horrible that it took them less than a day to quickly release a new press statement to the effect that it was only a concept and they're going to totally redesign it. Sorry, but when your shorts fall off in the pool, there's nothing for it but to grin and bear it - nobody believes that "it was cold" line.

So Far Out, Cheech Marin Says It's Insane - the Toyota Diji

I don't know about you, but the first thing I think of when I think "you know what would be really cool on a car?" is mood ring paint. Really, comon. Admit that you do too. We all want cars that reflect our moods while we're cruising down the boulevard or stuck in rush hour traffic. Right? Of course, in Toyota's virginal imagination, we'd all be thinking of roses and puppies and black space-scapes with Carl Sagan's "billions of billions.." In reality, of course, we think about nudity, violence, and other features of popular video games. Can you picture yourself cruising down the road in a Diji, blasting your Megadeth or 50 Cent while you dream of Mary Poppins and lollipops? Nope, instead the skin on this car would feature visual mood messages that went along the lines of "I got your %@#$*& turn signal $#@* lane hopping #@**%&!% %@%*#$&@#$ right here, you $#%*@#& son of a #@*^%$##*@." (This is a family show, sorry)

Got a favorite worst car for this year's Geneva show? Tell everyone about it below.

@CoolElectricCars wrote on March 15, 2012 - 8:21am Permalink
LOL... <O.o> Seriously funny reading! "They ride the Fail Whale into automotive jeerdom and then spend the next six months attempting to recoup all of their lost PR." :) But where is the other Toyota disaster of the show? Yes, I am referring to the FT-Bh monstrosity that they are trying to push like mad everywhere.. With a great video with sound pumping, and some girl breathlessly exhaling.... Pity about the subject... I mean, we have had it for YEARS with the Prius already but they outdid themselves there! It looks like some Giant took a du&p on a Prius, then the back end reminds me of a sunshade we had on our Tandem pram, it was so ugly too.. I have added this to my Pinterest board for a laugh! pinterest.com/electriccar/ugly-electric-cars/ Thanks for the lulz...
Aaron Turpen wrote on March 17, 2012 - 4:54pm Permalink
Thanks @Cool. I didn't include the FT-Bh because I actually think that despite its completely horrendous looks, it is at least innovative underneath its skin. Plus I wanted to narrow the list to 3. :)