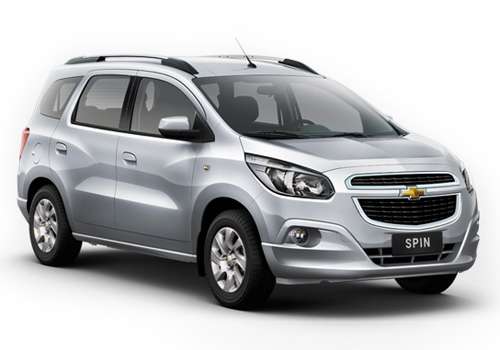 Chevrolet will be bringing several of their global lineup to the North American International Auto Show next week, showcasing some vehicles that many Americans have never seen but that are familiar sites in South America, Europe, and Asia.
Advertisement

When the Bow Tie opens its booth at this year's NAIAS, it will be showing some of the vehicles it offers in 140 countries around the globe, including several models never before seen on American shores.

The company wants to show the depth of its portfolio of world wide vehicles and will showcase five popular vehicles developed and sold outside of the United States. Chevy wants to put the International in the North American International Auto Show.

The All-New Trax
This sport utility is a compact meant to emphasize both fuel economy and versatility for the urban driver. Some North American viewers may recognize this vehicle as it's sold in Canada and Mexico, where it debuted at the end of 2012.

The Orlando Crossover
A combination of MPV and crossover, the Orlando is a family van with the beefiness of a near-SUV. It holds up to seven passengers and will likely have the best fuel efficiency in the 7-passenger class (not including hybrids). It launched in Canada in October 2011 and is being produced in South Korea.

The Sail
This small car is aimed directly at new families who need an affordable, but spacious vehicle with great fuel economy. It's class-leading 1.2-liter and 1.4-liter S-TEC II engines are a collaboration between General Motors and the Pan Asia Technical Automotive Center in China. The car is being sold in China, where it is built, and is also exported to Chile, Peru, and Bolivia as well as being assembled for sale in India, Colombia and Ecuador.

The Spin
Pictured above, the Spin is an all-new 7-passenger MPV designed for congested urban environments. It will be built in Bekasi, Indonesia and sold throughout Thailand.

The Onix
Tailor-made for the Brazilian market, the Onix is a small hatchback that debuted at the Sao Paolo Auto Show in October 2012. Like most Brazilian vehicles, it is built to run on 100% ethanol or gasoline (or any mix of the two) and features 1.0-liter and 1.4-liter engine options. The car was designed and is being produced in Brazil.

Along with these global vehicles, Chevrolet will also be showing off the 2014 Corvette and Silverado.