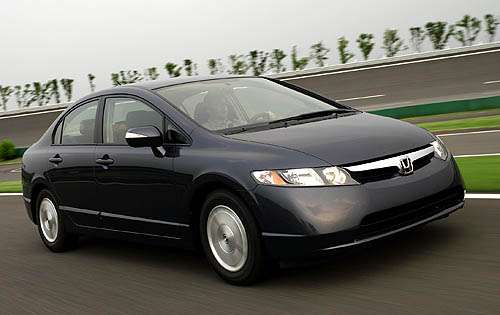 Heather Peters, who chose not to participate in a class action suit against Honda, went it alone in California small-claims court and won nearly $10,000 from Honda for false claims about the 2006 Civic Hybrid's fuel economy numbers.
Advertisement

The lawsuit won short-lived media fame as the determined woman took her case to small claims, eschewing a national class action suit against Honda. Her reasoning? The class action paid only $200 or so to each Honda owner plus $1,000 towards the purchase of a new Honda. That didn't cover her losses, she thought, so she took the unusual step of going to California small claims - where payouts are limited to only $10,000 and legal fees cannot be included in claims.

A former lawyer, Ms. Peters didn't begrudge the class action lawyers for their $8.5 million in legal fees for the larger case against Honda, but didn't see it as necessary given the payouts individuals in the claims were getting. She started a website, dontsettlewithhonda.org, to help others who have been approached with settlement who might be chagrined at the paltry payout for doing so.

At issue is Honda's advertised 50 miles per gallon in the Civic Hybrid of 2006 and the real-world numbers that were far worse. Further, the addition of a software update that restricted the battery knocked mileage down even further. In fact, the 2006 hybrid's actual mileage is significantly below the straight gasoline model of the same year, according to Peters.

Her lawsuit alleged that this false advertising had meant she spent money for the hybrid thinking she would get better fuel economy (thus paying for the extra payout). Honda lost to her in court and was ordered to pay $9,867 after judgement on Friday.

The real issue here, however, was not Honda making 50mpg claims. Those were made based on EPA figures of the time. Before the Environmental Protection Agency updated its methodology for figuring miles per gallon on a vehicle, the Civic Hybrid was rated at 50mpg combined. In 2008, after the revisions, the Civic Hybrid's rating dropped to 42mpg combined. In the mean time, Honda issued a software update that significantly changed battery function via the controller, further lowering mileage gains from the hybrid system as the battery was restricted in how much power it could supply the electric motor.

Of course, suing the government is not likely to get anyone anywhere and in small claims, it was the advertising used that matters - regardless of source - and most of the arguments were regarding that pesky software update. This was also true in the class action lawsuit that Honda settled last year.