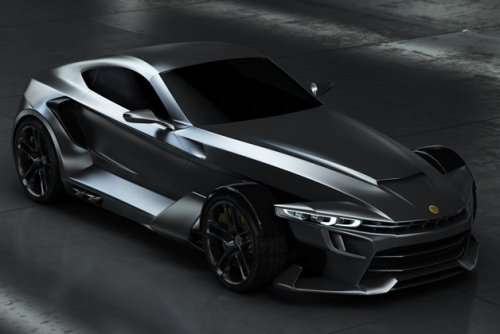 With stills and a video, Aspid has released information on its GT-21 Invictus concept with a unique hammerhead design.
Advertisement

Aspid is the auto company created by car designer and engineer Ignacio Fernandez and his company IFR Automotive. The concept for the GT-21 released last year and now the final production concept, the GT-21 Invictus, has been shown in video and stills.

The menacing-looking Invictus is a 450 horsepower monster powered by a BMW 4.4-liter V8 and a 7-speed dual clutch gearbox. This is a huge jump up from the original 2.0-liter 4-cylinder in the original offering from the Spanish auto designer. The larger herd of horses means the Aspid GT-21 Invictus can do 0-62 in less than 3 seconds and tops out at 189 miles per screaming hour. All on a suspension geared to hold 1.6 G on the skid.

The race version of the Invictus weighs only 2,182 pounds thanks to composite body panels, a space frame chassis and frame, and other weight-saving measures. The on-road option weighs a little more, but includes safety options like adaptive airbags, stability control, anti-lock brakes, and more refined interior amenities.

Speaking of the interior, it's a 2+2 configuration with room equivalent to a other luxury sports cars of this size. Aspid is aiming for a 2014 model year production for the GT-21 Invictus.

Most of the car is made up of aerospace-grade aluminum, ultra-light high-strength steels, and composite materials. The cars will be built one at a time with the same workers putting it together, start to finish, rather than on a production line. According to a press release:

"Each car will be custom made and hand built in its own production bay. There is no production line as such. Each client can choose more than 100 different options, and most customers will want to visit the factory during the build of their personalised car."

The team of engineers and technicians who built the car will literally present it to the owner upon completion. Aspid says they're amassing a European consortium of 20 dealerships to sell and service the car.

Check out the promotional video for the Aspid GT-21 Invictus, debuting just in time to complement the latest Batman movie now in theaters: