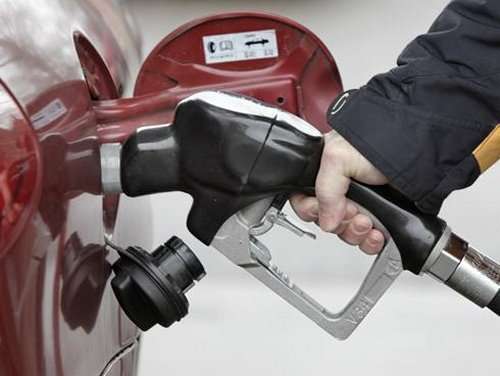 4 ways to save fuel on Earth Day

As a Happy Earth Day present, Torque News brings you tips for saving fuel, no matter what you drive.
Advertisement

Earth Day is about being nice to the environment. One of the best ways to be eco-friendly and save money is to become a Fuel Miser.

What's a Fuel Miser you ask? Easy: it's someone who uses as little fuel as possible in order to save money, the environment, and even to prolong the life of their car. Everything you're about to read is based off my book, To the Last Drop: 10 Ways to Miser Fuel Savings.

Tip 1: Don't Drive
I'm about to break all the rules for an automotive site and tell you something decidedly un-gearheadish - you shouldn't drive your car. Alright, that was a little intense. What I mean is, it's obvious that your car uses fuel when you are running its engine. Right? So don't do it. The obvious alternatives are using public transportation, carpooling, bike riding, and so on. You've heard all those before.

Analyze your friendships. If you spend a lot of time with specific friends, you have probably noticed that someone in your group of friends is always driving everyone else. Don't be that friend. If someone is always driving, make sure it's not you. If it is you, mention it to your friends and see if they can make it even somehow. Friendship is about sharing and stuff. I read that once.

Tip 2: Go On a Diet
You're eventually going to have to come to terms with the fact that your car is fat. Since they haven't done an automotive challenge on Biggest Loser yet, we'll do one here as a public service. Studies that I made up have shown that 1 in 3 Americans has an overweight car. It's a sad phenomenon that leads to problems like lower fuel economy, less interior space, and even safety issues when that extra junk in the trunk comes flying out at inopportune moments.

The top thing you can do this Earth Day to improve your car is to do a weight loss intervention and clean up your ride. Every 100 pounds of weight is 1% of fuel economy down the drain. Things add up. If you weigh 150 pounds (you supermodel stick figure you), your clothing is 20 pounds (those stripper boots are heavy), your book bag is another 25 pounds (should've bought the smaller laptop), and you have another 60 pounds of miscellaneous junk (like fast food wrappers and old Jon Bon Jovi albums) floating around your car, then you've got 255 pounds being toted around in your decidedly non-HOV-worthy ride. Your summer swimsuit cabbage soup diet drops you ten pounds, your car's Biggest Loser cleanup event gets that 60 pounds of '80s crap out of your ride, and you ditch the book bag when you don't need it. Now you're 95 pounds lighter. That likely means almost half a gallon per mile saved for most autos.

Other weight dropping techniques include ditching the spare tire (responsibly, of course - put it in your closet, they make great pet beds if you add a pillow inside the hollow). If you live in the city and have roadside assistance coverage with your insurance, what's the point of carrying that thing around? The spare and the tools that go with it (jack, wrench) are 30 or more pounds in total for many vehicles. For those who primarily drive in-town, this is a lot of weight for no reason. Many automakers are ditching the spare already.

What about aerodynamics? If you drive over 35mph and have the windows down, you're dragging unnecessarily. While the air conditioner will eat up 2-3 miles per gallon in most vehicles, having the windows rolled down is even worse when you're traveling at higher speeds. Plus it makes it hard to hear the radio if you listen to lame music, though hard rockers like myself do not have this issue since we're mostly deaf already.

Time to re-think the chic of having a big rack on a little car. Bicycle racks (what did you think I was talking about?) add a lot of aerodynamic drag to a vehicle. If you're not using it, remove it. If you are using it just to tote around your bike and look cool.. you're lame. Don't be a poseur. The same goes for your lame team flags and other add-ons. Trucker antennas for your CB are the exception, of course. Always cool.

Tip 3: Good Rubbers
All of us know (some maybe more than others) that having the right rubber can save lives. It's the same for your car, though it doesn't usually involve wakka-wakka guitars and smooth talking. Your car uses fuel's energy to overcome two things: air resistance and rolling resistance. Your tires are all about the latter.

Without getting all Poindexter about it, three things are involved in rolling resistance: weight, the roadway itself, and tire tackiness and width. Weight we've already talked about and road surfaces are kind of a public matter (hint: sidewalks are not generally better than asphalt). The tires, though, you can do a lot about that.

Remember: size matters. One of your Earth Day activities this year can be reconsidering your car's tires - your vehicle has a recommended tire size; know it, love it, use it. Trends often dictate lower profile or fatter tires in order to look cool. Does wasting a lot of money on gasoline that you don't have to really look that cool? When I see low profile tires on a car that obviously shouldn't have them or big knobby tires on a vehicle that doesn't need them, I think "What a dork. Get a life, loser." Trust me, your friends think the same thing, they're just too nice to say it to you. So I'll say it for them: you're a dork. I say this in the best possible way, of course, because I care about you. (Eat your heart out, Dr. Phil)

So anyway, here's a tissue. Back to tires. The shorter they are, the more often they have to make a complete revolution to move the car at a given speed. The wider and softer they are, the more effort that is required to overcome rolling resistance. Either of these things kills your fuel economy. Your vehicle's sweet spot of tire height and width are determined by engineers with the ability to do really advanced mathematics - so unless your diploma says something like "rocket scientist" on it, you probably don't qualify to make those judgements. Consult your owner's manual and use what the eggheads at the automaker said you should use.

You can, however, decide what type of tire to use within that size recommendation. Where you live and what you drive in will determine your needs, but choose the "hardest" (least tacky) tire you can safely opt for in your climate. If you live in Southern California, I pity you, but you should get hard tires because nothing ever happens there weather-wise. If you live in Minnesota and talk funny, then you'll need tackier tires. Finally, rotate and align those tires regularly to optimize their wear and balance, which also improves fuel economy.

Tip 4: Walls Street Your Fill-Up
By going Wall Street I don't mean in a Bernie Madoff or bailout banker kind of way. I mean more of a retirement nest egg, smart investment kind of way. The trick to winning it big in the stock market lottery is to buy low and sell high (high in price, I mean, Cheech). With fuel, you want the same thing. Buy it at its lowest possible price and use it when it's most efficient.

The first thing to know is that the hotter the fuel is, the more volume it consumes, but this added volume doesn't mean added energy. Ya, that sentence was a little thick. Here's the skinny: the hotter it is outside, the less gas you're getting for every gallon you pump. Sound wrong? It's simple science.

A gallon is a unit of measurement by volume, not by mass. Imagine a balloon. If you put a gallon of air into it, it will have a specific volume of air trapped inside. Hold the balloon over a boiling pot of water to heat the balloon (and its contents) up and you'll see it get larger. Even though you haven't added any more air. That's because hot air takes up more space and is why most politicians live in big houses. Oh and feel free to totally rip this off for your kid's science project in summer school this year. I totally stole it from Bill Nye the Science Guy anyway.

The same goes with gasoline. When it heats up, it expands. A recent lawsuit across 26 states claimed that consumers spend an extra $2.3 billion annually for fuel they aren't getting because of this phenomenon. Guess what? The energy companies being sued settled the suit. So how does this affect you?

Simple. Fill up when it's cooler and avoid the pumps when it's not. The best time to fill up is in the morning - the earlier the better. This is because temperatures overnight will have dropped and the fuel stored in the gas station's tanks will have lowered as well, making it more dense. Thus you get more energy per gallon than if you pump when the fuel is warmed and expanded. Make sure to explain this phenomenon to your friends and impress them with your scientific knowledge and whatnot.

Another way to save at the pump is to fuel up on the right day. Most Americans fill up once a week, give or take. If you're the observant type, you've likely noticed that gas prices fluctuate regularly. By regularly, I mean literally they change on a schedule. In most areas, gas prices are often lowest on Tuesday afternoon and Wednesday and then go up again for the weekends, usually on Thursday or Friday. Why? Because most people fill up on Mondays and Fridays in anticipation and recovery from the weekend. This may vary somewhat in some areas, but for the most part, it's generally the norm. Watch the signs and see for yourself.

Adding All This Up
All of this adds up to overall savings at the pump. How much? Depends on the car and the price of gas, obviously, but most prudent Scrooges can squeeze an extra 2-3 miles per gallon out of even the most questionable jalopy by being more Earth Day everyday. You can also potentially save hundreds of dollars per year in gasoline costs simply by following the hints above.

LG's New EV Battery Plant Is a Welcome News for Tesla
Tesla Giga Berlin's New Hurdle: It's Not Only the Gov't, but Now Tesla Itself
END_OF_DOCUMENT_TOKEN_TO_BE_REPLACED