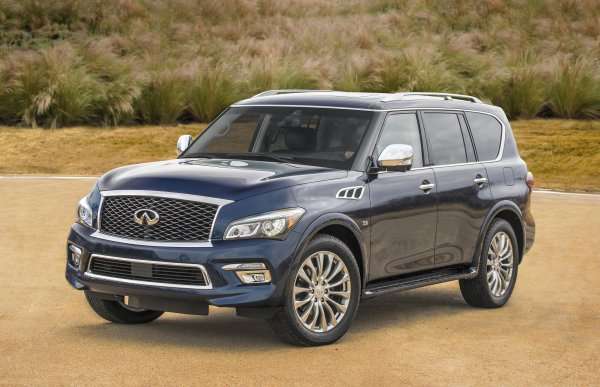 For the third year running, the Infiniti QX80 has won the AutoPacific Vehicle Satisfaction Award for Luxury/Large SUV. This best-in-class award is given to the vehicle that is the most satisfying on the market, according to owners' surveys.

"We're honored to be recognized for the third year by AutoPacific for the QX80," said Randy Parker, vice president, Infiniti Americas. "This award is particularly important to us as it's solely based on owner input for satisfaction which is a direct result of Infiniti's passion in creating the most luxurious and reliable offerings for our owners."

AutoPacific surveyed over 66,000 vehicle owners for the 2015 model year. Their survey returns some of the most objective real ownership returns in the industry. Competition for 2015, AutoPacific says, was fierce.

The 2015 QX80 isn't a new design, but has consistently won the award since its new design hit showrooms. With a host of standard features, award-winning exterior design, and a luxury interior that rivals the best on the market, the QX80 consistently does well. For 2015, added features such as available safety and infotainment options have added to the QX80's appeal.

The 5.6-liter V8 engine powering the QX80 outputs 400 horsepower and gives a tow rating of up to 8,500 pounds for the SUV. The QX80 can carry up to eight passengers as well, all in comfort.