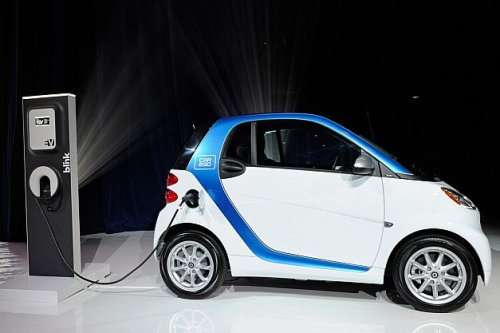 The Consumer Electronics Association says that the upcoming 2013 International CES will feature a record number of top-tier automotive companies, with 7 out of 10 on the show floor.
Advertisement

Of the top ten auto manufacturers in the world, seven of them will be on the CES show floor in the upcoming 2013 show. These include: Audi, Chrysler, Ford, General Motors, Hyundai, Kia and Subaru. Of those, Subaru is the only one making its CES debut. CES takes place on January 8-11 in Las Vegas, Nevada.

"The record number of top automotive manufacturers exhibiting in 2013 verifies that CES is the leading event to experience the latest in automotive innovation and in-vehicle electronics," said Gary Shapiro, president and CEO, CEA. "With major exhibits in the Las Vegas Convention Center's (LVCC) North Hall, as well as outdoor exhibits and demonstrations in Central Plaza, the 2013 CES show floor will feature a compelling display of the technologies transforming the future of the auto industry."

A total of more than 100,000 square feet of show floor will be occupied by automotive exhibits, making this one of the largest automotive technology showcases in the world. Besides the manufacturers to be in the show, more than 110 automotive technology companies will also be there. These include everyone from well-known audio maker Pioneer to under the hood electronics suppliers like Mitek.

Two TechZones revolving around automotive technology will be featured at the 2013 CES. The GoElectriDrive TechZone is sponsored by the Electric Drive Transportation Association, showcasing electric drive technologies, products and services. Electric vehicles and their respective charging stations for home (including condominiums) and public facilities will be shown. Electric mobility products will also be on display.

The Safe Driver TechZone will showcase technologies that empower drivers to use in-vehicle electronics safely. This technology ranges from collision avoidance to assisted or automated parking as well as hands-free mobile phone operation, including emerging technology like text-to-voice and voice-to-text. The latest in mapping, GPS and similar tech is also going to be shown.

Several targeted conference sessions focused on automotive technology and electronics that will be of interest to consumers, suppliers, and automotive executives.