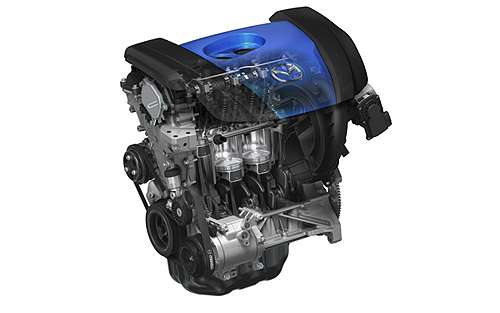 WardsAuto is out with its Ward's 10 Best Engines for 2012 and it's a great list with diverse technology that points the way to how engines are evolving in the American marketplace but it's good to see good old American grunt like that offered in the Ford Mustang Boss 302 isn't overlooked.
Advertisement

The Ward's list of 10 Best Engines has been around for 18 years. Some consider it to be the benchmark for judging a vehicle more so than lists like North American Car and Truck of the Year, which are little more than popularity contests influenced by OEM launch programs and hype than how a vehicle really runs.

Well, Ward's list really looks at what drives a car. The list recognizes the latest powertrain technologies that are affordable to most consumers, boost horsepower and torque, sound appeal and pair up well with their respective vehicles. WardsAuto editors chose the winners after spending October and November driving 36 vehicles with 34 acquiring new or significantly upgraded engines in their routine daily commutes around metro Detroit.

This year's winners and the applications tested:

Car manufacturers quickly jumped on the designations. Chrysler crowed that its V-6 Pentastar, now standard on the Chrysler 200, 300 and Town & Country; Dodge Avenger, Challenger, Charger, Durango, Journey and Caravan; and 2012 Jeep Wrangler, was a repeat winner.

Mazda, which won for its Skyactiv-G 2.0-liter gasoline engine (pictured above) that features the world's highest compression ratio for a mass-produced vehicle at 14:1, (on par with the world's highest-performance racecars) touted the engine's EPA-estimated fuel economy is rated at 28 city/40 highway/33 combined.

Its fuel economy that is dominating the list with seven of the 10 engines having integrated state-of-the-art direct fuel injection, demonstrating the rapid pace of technology development as auto makers downsize their engines in anticipation of strict U.S. fuel-economy rules, according to a news release made available to TorqueNews. Drew Winter, editor-in-chief of WardsAuto World magazine, said, "With so many engines featuring gasoline direct-injection and forced induction, we're pleased to have a list that is rich in technology. Additionally, every engine reinforces the idea that even fuel-efficient vehicles must be fun to drive."

Sometimes, though, even less fuel efficient vehicles are fun to drive, which is why it's great to see the 5.0-liter, dual overhead cam V-8 from the Ford Mustang Boss 302 included on the list. More aggressive control calibration yields 440 horsepower and 380 lb.-ft. of torque for the Boss 302 engine compared to the Mustang GT.

It could be compared somewhat to that Boss 302 engine at least in the hybrid world. It can accelerate from zero to 60 miles per hour in under 6.0 seconds and is capable of driving at speeds of 62 miles per hour in pure electric mode.