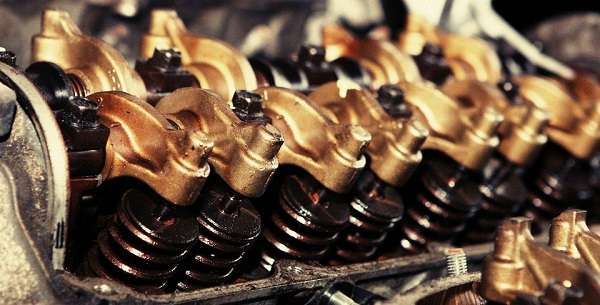 As shade tree mechanics have known for years, installing used car parts can be a great way to save money, but only if done responsibly. Never install a used auto part that could compromise your safety.
Advertisement

No less an authority than Consumer Reports is endorsing the idea of used auto parts being a money saver but only in certain areas of your automobile. Critical safety items like air bags, seat belts, brake parts, and electronic sensors that monitor system problems should only be bought new or from a reputable supplier, which is where we differ slightly from Consumer Reports.

The organization says used car parts can be bought from reputable suppliers but even that is a risk not worth taking. Today´s reputable supplier can become tomorrow´s nightmare quickly in tough economic times. Plus, you never really know the source of used air bags, which have become common theft items because they are expensive to replace. In fact, Auto Parts retailers see ratings downgrade.

Your vehicle identification number is going to be an important thing to know when buying used auto parts because it closely defines specific equipment. When possible, also find out the specific part number that you want to use. That information is easily obtained by entering the make, model and year of your car into Google along with the replacement part needed.

Original equipment is going to be needed for your car´s airbags, especially because you only need to buy a used airbag when the one in your car bas been inflated because of a collision. (It is possible one could fail but that is remote.) Absolutely insist that your auto body shop replace your airbag with a new one from the manufacturer. By the way, there are at least 20 auto parts you need to know before starting to drive your car.

Consumer Reports makes a good point by including electronic sensors on the list of items that should never be bought used. Sensors are delicate items that are built to withstand the harsh automotive environment they live in but once removed are subject to an environment that could make them prone to fail. Auto salvage yards are not the best places for handling delicate computer sensors.

Faulty sensors are going to lead to a lifetime of problems (the lifetime of your car that is) because of error messages that will have you at the mechanic frequently. Diagnoses can be quickly add up as an expense.

Faulty sensors also potentially could mask problems with your car. That in turn could lead to defects not being fixed in time to avoid catastrophic failures that will cost you major money to repair or replace your car.

What used auto parts can you purchase safely? Mirrors, bumpers and alloy wheels lead the list according to Consumer Reports. Rearview mirrors especially make sense when it comes to used auto parts because they are less likely to be damaged in accidents (except in situations where a driver or passenger aren´t wearing a seat belt or a rollover). Modern, electronic mirrors are expensive. Keep in mind when replacing a mirror that you will have to reprogram it if it includes special features that will open a garage door, for example.

Consumer Reports also says that side-window glass and hoods can be safely installed. It´s important that you ask the supplier if the hood meets the original manufacturer´s specifications. A side-impact collision could warp the hood and make it a bad replacement used car part. You may not be able to tell the difference but it could become obvious during a pre-purchase inspection when you go to sell your used car. A prospective buyer is most likely going to know you have been in an accident because of services like CarFax.com and AutoCheck.com. You will only further devalue your used car if it seems like you used substandard parts to repair it.

Purchase used side-window glass only if you don´t have automotive insurance that covers its replacement. Otherwise, you should take advantage of the opportunity because window glass is an important safety component of your car.

Some other things to keep in mind are if your mechanic will allow you to install used car parts and if they come with a warranty, which could be for anywhere from one to six months. Save any receipts along with a copy of the return policy to avoid problems when trying to exchange or return a used part.

A mechanic is not going to offer a warranty for labor on a used part if it fails, even if it is under warranty. The supplier may replace the part but not the cost of installation. Also, mechanics make profits from parts and may not be willing to forego that additional income to save you money.

Used car parts can be an excellent way to save money but keep in mind that new parts should be bought when it comes to safety. That´s one area where you don´t want to skimp.