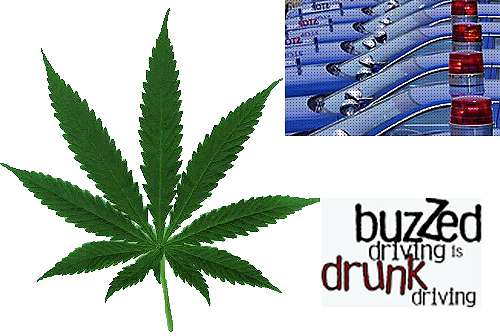 The secret to reducing traffic deaths might be medical marijuana, according to a study by economists from the University of Colorado Denver and Montana State University. Turns out the drop might come from reduced beer sales.
Advertisement

The study shows that laws legalizing medical marijuana have resulted in a nearly 9 percent drop in traffic deaths and a 5 percent reduction in beer sales. “Our research suggests that the legalization of medical marijuana reduces traffic fatalities through reducing alcohol consumption by young adults,” said Daniel Rees, professor of economics at the University of Colorado Denver who co-authored the study with D. Mark Anderson, assistant professor of economics at Montana State University.

“Although we make no policy recommendations, it certainly appears as though medical marijuana laws are making our highways safer,” Rees said.

The study is the first to examine the relationship between the legalization of medical marijuana and traffic deaths. Anderson noted that traffic deaths are significant from a policy standpoint. “Traffic fatalities are an important outcome from a policy perspective because they represent the leading cause of death among Americans ages five to 34,” he said.

According to a press release provided to TorqueNews, the economists analyzed traffic fatalities nationwide, including the 13 states that legalized medical marijuana between 1990 and 2009. In those states, they found evidence that alcohol consumption by 20- through 29-year-olds went down, resulting in fewer deaths on the road. The researchers collected data from a variety of sources including the National Survey on Drug Use and Health, the Behavioral Risk Factor Surveillance System, and the Fatality Analysis Reporting System.

The economists noted that simulator studies conducted by previous researchers suggest that drivers under the influence of alcohol tend to underestimate how badly their skills are impaired. They drive faster and take more risks. In contrast, these studies show that drivers under the influence of marijuana tend to avoid risks. As some wags have been quick to point out at online forums, people who smoke the ganja rarely have road rage issues – unless they have the munchies and the convenience store is about to close.

Not to put a buzz kill on this story, but the National Highway Traffic Safety Administration (NHTSA) says an impaired driving is more than just somebody who has had too much to drink. It says, "Impaired driving can be defined as a reduction in the performance of critical driving tasks due to the effects of alcohol or other drugs. It is a serious crime that kills every 30 minutes."

However, Rees and Anderson cautioned that legalization of medical marijuana may result in fewer traffic deaths because it’s typically used in private, while alcohol is often consumed at bars and restaurants. (Does that mean if it becomes legal that people will get more stoned because they can do it in public?)

“I think this is a very timely study given all the medical marijuana laws being passed or under consideration,” Anderson said. “These policies have not been research-based thus far and our research shows some of the social effects of these laws. Our results suggest a direct link between marijuana and alcohol consumption.”

The study is titled, “Medical Marijuana Laws, Traffic Fatalities, and Alcohol Consumption.” It can be found at: http://www.iza.org/en/webcontent/personnel/photos/index_html?key=4915