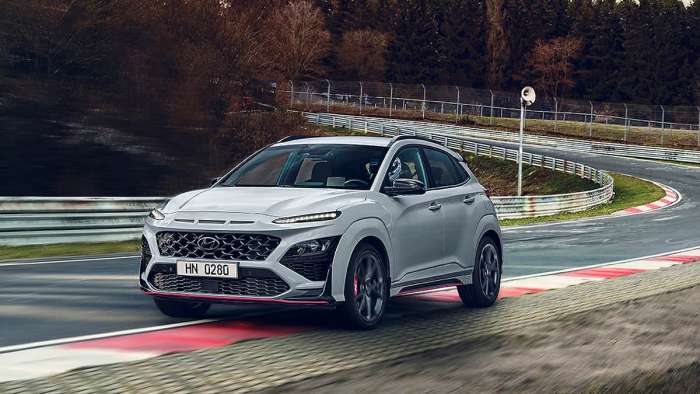 Sometimes good things do come in small packages. Case in point is the Hyundai Kona N that debuted today in Seoul. It comes standard with 276 horsepower and the potential to top 286.
Advertisement

Hyundai today unveiled the Kona N in Seoul. It’s the latest offering in its N sport series. If this was Goldilocks and the Three Bears, this might be the racy SUV in the Hyundai lineup that is declared just right. 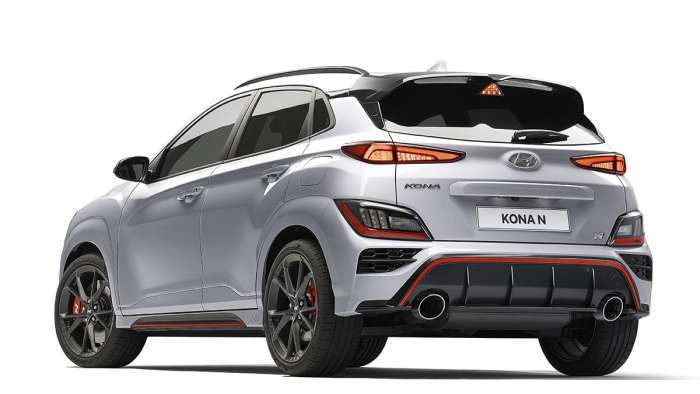 Kona N is powered by a 2.0L turbocharged GDI engine with an 8-speed wet dual clutch transmission (N DCT). N DCT is the enhanced version of Hyundai’s in-house developed 8DCT, an eight-speed wet-type dual-clutch transmission. To make it suitable for N models, the 8DCT received improvements in durability, allowing it to handle the demands of high-performance vehicles.

According to Hyundai, the engine offers flat power that ensures high responsiveness and improved acceleration for even more fun on the road or on the racetrack, thereby utilizing more of the engine’s potential. KONA N has a maximum speed of 160 mph (take that German Autobahn) and can accelerate from 0-60 in 5.5 seconds, when launch control is activated.

There is one feature that absolutely most come to North America. For Europe, Kona N is equipped with N Road Sense that automatically recommends the activation of N mode when double-curved road signs are detected, enabling drivers to enjoy every second of their drive to the fullest. 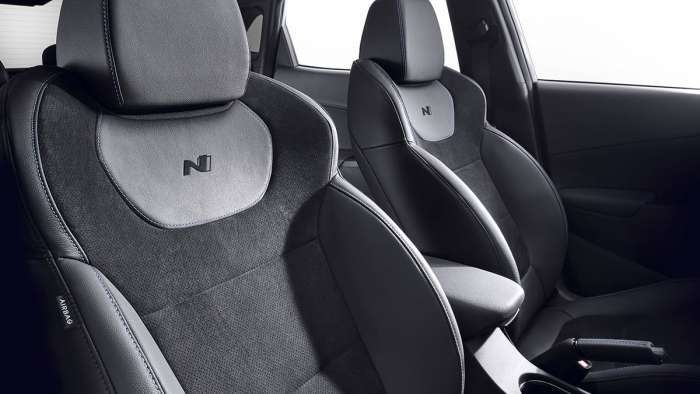 Even at the base trim, Kona N comes with launch control, variable exhaust system and most notably N Grin Control System, offering the same driving fun at all levels. N Grin Control System offers customers a high level of customization, with five distinct drive modes: Eco, Normal, Sport, N and Custom. According to Hyundai, these drive modes change the character of the all-new Kona N by adjusting the operating parameters of the engine, electronic stability control, exhaust sound, and steering to optimize them for a variety of driving conditions.

What do you think? Is the Hyundai Kona N an exciting SUV or just hype? Comment below.