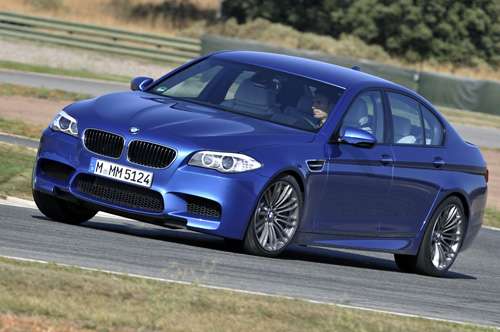 One Lap of America should be on every serious driving fan's bucket list. Two BMW Performance Center instructors can scratch it off theirs when they hit the road in the all-new 560 horsepower 2013 M5 Sedan.
Advertisement

One Lap of America is an amazing event. It kicks off in South Bend, Ind., and then covers 3300 miles in eight days as participants stop at various tracks for skid pad, drag strip, and closed course racing. Of course, there is an element of highway racing to it, too That's unofficially, of course.

The event, now sponsored by TireRack.com, has its roots in Brock Yates' "Cannonball Run" that featured street legal cars crossing the U.S. from New York City to Redondo Beach, California. One year the race was won with a time of 32 hours 51 minutes.

According to the One Lap of America website, the format today is nearly 24 hours a day driving with competition taking place as time trials on race tracks throughout the country. The event, as it always has been, is foremost one of endurance and vehicle preparation. No support crews are allowed. The tires that are used on the street are the same ones that are raced on (one set per team).

Follow this advice if you are nterested in running in the event now known formally as Tire Rack One Lap of America Presented by Grassroots Motorsport Magazine - a title almost as long as the race. Here are the qualifications: "A car of course (and there's a competition class to fit every automobile). The entry fee ($2900). A minimum of two drivers who have each had some racing experience (and/or two drivers' schools). And, the willingness to confirm your parents' suspicion that there was always something wrong with you."

They will be driving a great sedan – fitted with the most powerful production engine ever on a BMW. Under the hood of the new BMW M5 lies a newly developed, high-revving V8 engine with M TwinPower Turbo (consisting of Twin Scroll Twin Turbo technology, a cross-bank exhaust manifold, High Precision Injection fuel direct injection and Valvetronic fully variable valve control), maximum output of 560 hp at 6,000 – 7,000 rpm and peak torque of 500 lb-ft between1,500 and 5,750 rpm.

The instant power delivery and sustained thrust that M cars have built their reputation results in an acceleration of 0– 60 mph in 4.3 seconds and 0–124 mph (0-200 km/h) in13.0 seconds. While the engines output has increased by around 10% and maximum torque is up by more than 30%, the new BMW M5 consumes roughly 30% less fuel and has substantially higher range than its predecessor.