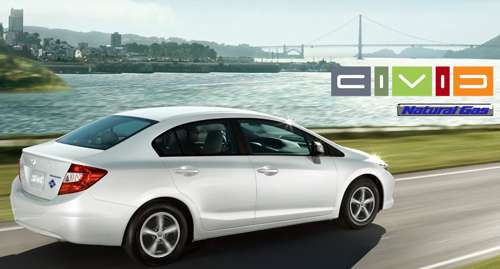 AT&T is on an aggressive pace to make 20 percent of its fleet alternative fuel vehicles by 2018. It deployed its 4000th AFV in its nationwide fleet – putting it less than halfway to its goal with six years to go.
Advertisement

Alternative fleet vehicles currently on the market include compressed natural gas (CNG), which is gaining favor among taxi companies, as well as hybrid-electric and all-electric vehicles. Typically, the alternative fuel vehicles have higher retail prices for consumers but can be purchased less expensively in fleet quantities.

Even still, AT&T has estimated it will still spend $37,666 per vehicle to make the replacements. That's in keeping with the current cost of a Chevrolet Volt, for example, but slightly below the $40,000 MSRP of the new Ford Focus Electric that went on pre-order this week for consumers. (Again, fleet prices will always be lower.)

AT&T's aggressive move to alternative fuel vehicles is in keeping with President Barack Obama's mandate that all new light duty vehicles leased or purchased by the U.S. government must be alternatively fueled by the end of 2015, as reported by the Environment News Service. Last year, the federal General Services Administration doubled the federal hybrid fleet without increasing the total number of vehicles. The resulting improvement in fleet fuel efficiency will reduce petroleum consumption by the equivalent of an estimated 7.7 million gallons of gasoline, or 385,000 barrels of oil, according to ENS.

The milestone vehicle deployed in Chicago uses compressed natural gas technology (CNG), and is one of 165 AFVs deployed by AT&T in Illinois. AT&T began deploying fleet AFVs in 2008 as part of an overall commitment to minimize its environmental impact while operating more efficiently. AT&T also operates a mix of other AFVs in its fleet in the state and nationwide, including all-electric and hybrid-electric vehicles. In Illinois AT&T operates 84 hybrid-electric vehicles and 81 CNGs.

Honda is currently the only major manufacturer selling CNG vehicle. Its Honda Civic CNG has been on sale since Oct. 1 at dealerships. It has an EPA rating of 27-mpg city and 38-mpg highway with a starting price of $26,155. The cost of a gallon of CNG is estimated to be about two-thirds the cost of a traditional gallon of gas.

There's one caveat in the increased used of CNG. It's not going to entirely reduce our dependence on foreign sources of fuel. The Energy Information Administration (EIA) predicts that, by 2025, more than 15 percent of our natural gas supplies will be imported from countries other than Canada and Mexico.

"At AT&T we recognize that environmental resources are precious. Every day we continue to seek new opportunities to operate more efficiently and to minimize our company's impact on the environment," said Paul La Schiazza, President, AT&T Illinois, in a press release. "That's why it is exciting that our company's 4,000th alternative fuel vehicle was deployed here in Chicago and Illinois, and we pledge to continue transitioning more of our corporate fleet to alternative fuel vehicles in the years ahead. It's the right thing to do for the environment today and tomorrow."

Through 2013, AT&T anticipates it will purchase approximately 8,000 CNG vehicles at an anticipated cost of $350 million. AT&T expects it will have invested an additional $215 million through 2018 to replace approximately 7,100 fleet passenger cars with alternative-fuel models.

According to a 2009 Center for Automotive Research report, AT&T's planned alternative fuel vehicle initiative would, on a nationwide basis:
* Save 49 million gallons of gasoline over the 10-year deployment period.
* Reduce carbon emissions by 211,000 metric tons– the greenhouse gas equivalent of removing 38,600 passenger vehicles from the road for one year.

As of 2006, according to the U.S. census bureau, there were about 244 registered vehicles in the United States with about 134 million being passenger cars. That would make AT&T's alternative fuel vehicle strategy statistically insignificant but it's a start.