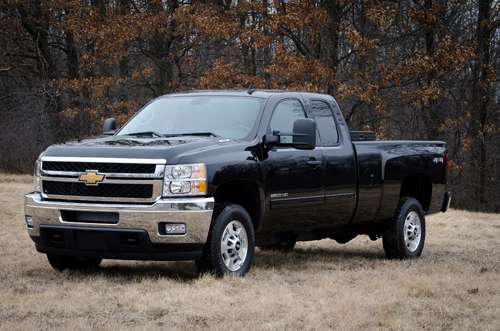 CNW Research, a leading automotive analysis firm, is predicting April auto sales will hit 1.25 million units, up 7.8 percent vs. year ago and putting the annual rate at 14.68 million units.
Advertisement

This might be a tough month to buy new, based on the CNW research. The middle 10 days of the month were slow but sales are expected to pick up in the last 10 days of April. Busy dealerships usually make for less-favorable buying environments.

Customers are coming to the dealerships to look but they aren't necessarily all there to buy. The desire to at least see what’s new and on the showroom floor continues high with floor traffic up nearly 13 percent vs. year ago, according to CNW, but closing ratios have slowed somewhat but remain 5.5 percent ahead of last year.
“Same store” sales also are up by more than 7 percent. (That refers to dealerships open last year at the same time.)

Consumers who are buying new cars are increasingly willing to pay a bit more even though discounts — including manufacturer and dealer variants — dipped nearly 3 percent vs. March. The average MSRP of cars purchased rose 8 percent vs. a year ago and compared to March, MSRPs are up 1.5 percent.

The interesting thing in all of this is new car sales are climbing while consumer confidence is declining. Concerns about the economy rose 2.1 percent in the first half of April.

What is offsetting that ennui, though, is sub-prime loans for folks with less-than-good credit are increasing. Sub-prime car loans could become the same suck on the economy that sub-prime mortgages were just a few short years ago. Sub-prime shoppers as a share of floor traffic has grown to 19 percent from last year’s 7.5 percent indicating those consumers with poorer credit scores are feeling more confident about the ability to acquire a new car or truck.

CNW provides good analysis of what it all means: "For manufacturers, they slipped through 2011 and the opening days of 2012 being able to hold onto their grosses and not bumping up incentives too drastically. But competition and a smaller-than-expected pool of new-car buyers forced their hand.

"While smarter about which types of incentives to use and where to provide them, the overall cost is still up. And will probably be higher for the rest of this year. Break-even on core transaction prices is about a year- over-year 3 percent. Less than that signals red ink. Over that indicates solid profits."

New car sales figures from the manufacturers won't be available until May 1 or May 2. Until then it's safe to say that April is shaping up to be a great month, once again, for new car sales.