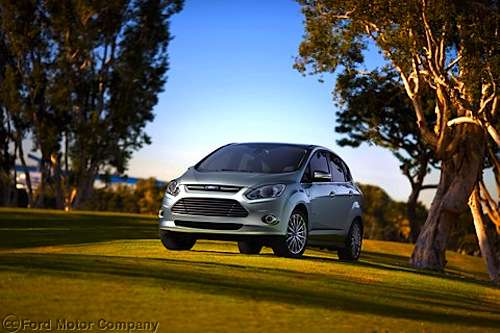 Interest in hybrid vehicles in the US is growing slowly with one out of four drivers considering an HEV over a year ago. This is the beginning of a fundamental shift led by an unsuspected generation.
Advertisement

When a new technology emerges, only a small percentage of early adopters embrace it, some estimate at a 3%. The trick is the get the rest of the 75% of mass buyers to adopt it. The rest is considered not salvageable and will never go with newer technologies. So is it any wonder US drivers are turning their attention to hybrids?

Harris Poll Show Growing Enthusiasm. A new Harris Interactive poll found 32% of car owners have shown interest in hybrid vehicles, while 23% say that their interest in hybrids has increased from a year ago. Even though 59% say a fuel-efficient traditional internal combustion engine car would be their choice for a next car, the numbers interested in hybrids are growing.

Guess Who’s Leading The Demand? The younger generation is what is driving these numbers up. They were found to be the most likely to consider a hybrid with 32% of those under 35 years old interested in alternative vehicle than they were a year ago. On the flip side, only 15% of those over the age of 67 had any interest and 11% of them showed less interested compared to a year ago.

The obvious hybrids win 26% of car owners saying that they will consider this type of alternative fuel vehicle next time. Strangely enough, diesel didn’t fare well with only 11% to consider it for their next purchase and an all-electric car at an even lower 9%. Further, 63% said they are not likely to consider diesel or all electric for their next car purchase.

Why The Hybrid Love? 55% surveyed say they want to save money on fuel with 59% of those between 18 and 35, compared to those older than 67 who accounted for 45%. Only 26% of those looking at alternative fuel vehicles said their choice was because of environmental concerns, with 18% saying they favored a reduction in dependency on foreign oil.

According to Mike Chadsey, Vice President, Automotive Solutions Consultant, Harris Interactive: “This survey shows that automakers are starting to win over consumer confidence in hybrid vehicles, especially with younger drivers. While this appears to be driven in large part by personal economic needs to reduce fuel expenses, automakers seem to be making a strong case for the performance and reliability of hybrid vehicles compared to traditional options.”

All in all, the younger generation is what will drive real bottom line sales. With a growing concern over our damaged environment and uncertainty of gasoline price and origin, that younger generation favoring hybrids is just the first step before plug-in hybrids catches their interest and finally pure electric cars become the de facto vehicle.