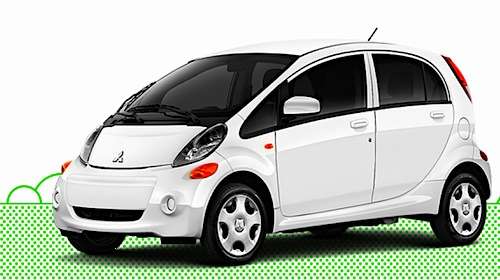 Top 10 Things You Might Not Know about Electric Vehicles

Today IBM announced a pilot project that will identify the possibilities of connecting two neighboring metropolitan areas – Bratislava, Slovakia, and Vienna, Austria, with a “green” highway. This highway will interconnect the two cities with a network of public charging stations for electric vehicles. The company also announced another project with Honda Motors and Pacific Gas and Electric Company (PG&E) that will allow communication between EVs and the power grid. For the first time, an EV will receive a location-based charge schedule that is based on current grid conditions – all in a matter of seconds.

Electric car sales may be off to a slow start, but car manufacturers around the world are plowing ahead with billion-dollar investments. Their bet? The
plug-in is the tortoise to the combustion engine hare and will emerge a winner in the end.

That’s why 80 different models of plug-ins from car makers including Ford, Mitsubishi, BMW, Honda, Chevrolet, and Toyota will be available worldwide
within the next couple years, according to researcher Pike Research. According to a survey of more than 125 automobile industry executives by the IBM Institute of Business Value for its “Shift to Electric Vehicles” report, almost half believe that annual sales of conventional gas and diesel vehicles will have begun to decline by as soon as 2020.

To gauge the state of the market right now, IBM also surveyed consumers. Concerns about pricing and how far a car can go on each charge remain two
key hurdles to adoption. Yet, one-fifth of the drivers surveyed are “very likely” or “likely” to consider purchasing an electric-only vehicle when shopping for a new car. Still, what was evidenced in the results was that car buyers actually don’t know that much about electric vehicles or have misconceptions about them. Interestingly, those who knew more are even more likely to consider EVs.

So here are 10 things you might not know about electric vehicles today or innovations coming down the pike:

1) Most electric vehicles, which currently average between 40 and 100 miles on each charge, have more than enough range for most consumers on a typical day since most of us drive about 29 miles a day, according to The Bureau of Transportation. This is even within the range of typical rural drivers.

2) Some estimates of the cost of operation of electric vehicles over a five- to six-year period are up to three times less than those for similar combustion-engine cars.

3) Charger-maker Ecotality has estimated that, near term, each EV will need roughly 1.5 chargers: one for the home garage, and access to half a charger, on average, in public.

4) Today’s smart grid and smart meter rollouts are making it easier for car owners to know when the cheapest time to charge is. They also provide a wider variety of pricing options or even rebates to drivers willing to put off charging their cars when heavy demand hits.

5) With chargers showing up everywhere from the parking lots of Walmart, Ikea, Kohls and commuter garages, the number of charging locations in the
U.S. will reach 1.5 million by 2017, estimates Pike.

6) Electric cars could spur the use of alternative energy sources because the batteries could provide significant storage capacity for wind- and solar-generated power.

7) Companies, including IBM, are working on new battery technology that will increase a car’s range per charge towards 500 miles.

8) The first year sales in the U.S. of plug-ins outpaced sales of hybrids, including the Toyota Prius, during their first year in showrooms in 2000.

9) Large corporations, such as FedEx, are converting their fleets and employee vehicles to plug-ins, spurring wider production.

10) And a fun fact, there are 10 million lines of software code onboard the Chevy Volt, or more than an F-35 Fighter jet.

Companies big and small in China, Europe and the U.S. are hammering away at the cost of plug-ins, expanding their range per charge, slashing powering
times, and creating networks of charging stations.

Today’s gas combustion engines face long-term headwinds, including emissions restrictions designed to combat climate change, reluctant
dependence on foreign oil, and skyrocketing demand for gas in emerging countries. These pollution and gas pricing pressures explain why close to
half of the auto industry executives interviewed for the IBM report believe that annual sales of conventional gas and diesel vehicles will have begun
to decline by as soon as 2020. For auto makers, it’s not a question of whether electric vehicles will come out winners, just when and IBM is there to help them successfully transition into the world of the electric drive.