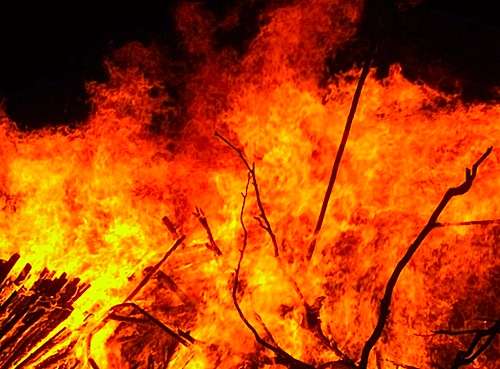 The traditional role of the media to report the news as is and stay away from sensationalist headlines is obviously a long gone myth. The latest insistence to focus on the negative aspects of first generation cars does more harm than good to an already weak automotive industry.
Advertisement

When Media Was Honest. There was a time when news mass media were fair in reporting and announced facts, no more, no less. This gave people the opportunity to critically build their personal analysis of situations and there was no “new frenzy” as we witness day in and out. Today, only a handful of companies with political agendas own the entire news media business, giving us a smorgasbord of sensational headlines designed to lure you to only read or watch a certain outlet.

With this in mind, is the over the top attention on plug-in hybrid, PHEV and electric car, EV problems deserved, or is it just another way for newspapers and the media to rack in viewership and advertising dollars? We’ll let you decide.

In the meantime, roughly 150,000 internal combustion engine cars explode in flame every year, barely noticed or picked up by the news. Two plug-in hybrids go up in flame and every news outlet reports it ad nauseam. The recall of Fisker Karma’s and now CODA’s all-electric car is accompanied by negative comments, such as the typical slow adoption of such cars, hints of bad quality or straight out technology not ready for prime time. But is this representative or is it simply out of proportion?

The Things You Rarely Hear. Short of the specialized press, don’t worry, you’re in good hands with TorqueNews, what the media rarely acknowledges is the proportion of incidents and the automaker’s reactions. Coda Automotive and Fisker Automotive each worked quickly and diligently with the National Highway Traffic Safety Administration, NHTSA to hasten vehicle recalls. Even Uber famous Bob Lutz had to come down hard on Fox News, its owner Rupert Murdoch and even Charles Krauthammer who on his own came to the mind-boggling conclusion that electric cars and their related alternative energy propulsion siblings were a sinister plot from the left. Ah, if things could be this simple!

A quick search on the Internet will yield some truly scary numbers. GM recalls 44,668 Sonic cars due to faulty connections. NHTSA called for a recall of 1,449 Dodge Durangos due to faulty airbags. None other than Mercedes-Benz had to recall 8,675 M-Class SUVs for sticky floor mats. Toyota, Ford and Honda were required to service up to 18.2 million recalled vehicles in 2011 based on NHTSA statistics. And that was just this month.

Maybe we can make this a plea of reason. Dear reader, don’t read the mass media general news. They know not what they speak of. Anyone here can tell you many sad stories of well-known reporters and journalists asking the most ridiculous questions at car events. Read TorqueNews instead where a bunch of enthusiast professionals actually understands their respective fields. So if you read about two Fisker Karma go up in flame and CODA who recalls cars before anything happens, please cheer the companies for their quick reactions.