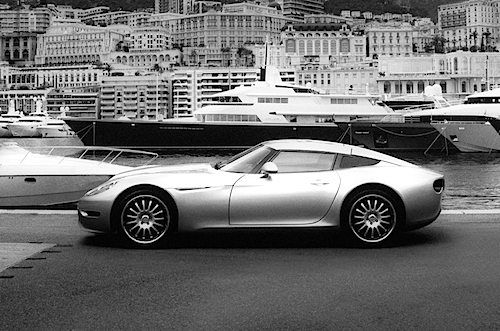 Lightening GT Shaping Up To Be Next Ferrari Of Electric Cars

The Lightening GT has been a long time coming and the incredible full-performance electric car, EV has never shied away from top performance.
Advertisement

If you ever wonder who will be the next Ferrari of electric cars, or Porsche, or whatever your exotic car inclination is, have a look at this amazing all-electric wonder. From as far back as 2009, the promise of this no-concession electric super car is a staunch reminder that the British still know how to develop and make unique cars. The Lightning GT promises to rival Ferrari, Porsche and other exotic makers in the new field of electric cars.

A Little History. The Lightning car company wanted to develop a very high performance car, which originally would have sported an internal combustion engine, ICE. As time went by, the company felt the electric drive held more of a promise and decided on a four in-hub electric motor configuration. Lightening has always been a staunch proponent of the electric drivetrain: “…the electric Lightning prototype is being hand-built by a small team of passionate British engineers, designers and collaborators. Whilst the rest of the automotive world engages in the hybrid, hydrogen or electric debate, the Lightning Car Company firmly believes its 100% Electric Lightning GTS will help kick start the market for performance EV’s.”

Technically Speaking. The Lightening GT is in a stratosphere of its own and has gone through a few modifications. The 4-wheel drive configuration is replaced with only rear wheels driven through a more conventional 2 electric motor drive set up. It will still sport lithium-titanate battery packs, with a choice of 36kW or 44, expected to last more than 12 years. It will do 0 to 60mph in 4 seconds, with a top speed limited to 130mph. The electric super car comes with a choice of 3.3 kW or 9 on-board charger, and fast charging could replenish the battery in as little as 10 minutes. All of this gives the car honorable performance, 300 kW, 400 HP with 3300 Nm, or 2433.95 lb-ft of torque.

Pure Beauty. If you love traditional sports car, it’s hard not to fall for the British charm of a pure coupe such as this. Hinting subtle reminders of Aston Martin, Jaguar, I find a nudge to the stunning Toyota 2000GT, as well as Marcos and other classics.

And How Much? While final price won't be known until late 2012, it was believed to fetch as high as $230,000 3 years ago, albeit, with a different configuration.

While the Lightning GT might seem like yet another playing jumping into the puddle of high-performance electric cars, this unique electric super car would make you the only exotic owner on the block.