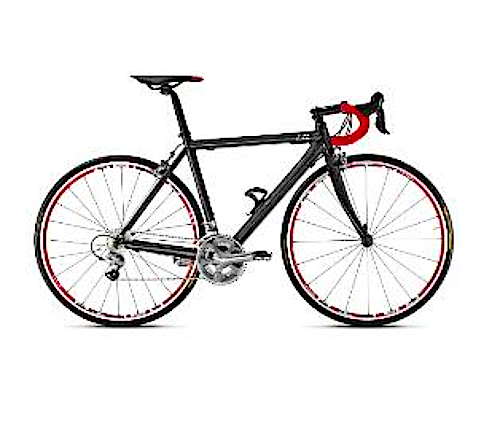 After all, if you tune a gasoline engine car, why not an electric car, EV or plug-in hybrid, PHEV? This is another market segment I’ve been looking forward to a long time. After the beginning of the second life for electric car battery recycling, see our Flux Power study extends electric car battery life. Where are all the tuners for electric cars? It would seem a natural fit for tuners to look to electric vehicles and tweak their performance. After all, carmakers, more often than not, tune down their production cars favoring longevity above performance leaving tuners with plenty of room. So is it a surprise to see the venerable AC Schnitzer, who brought us originally some of the wildest 1960s race BMW turns to electric bicycles?

AC Schnitzer & BMW. While AC Schnitzer was established in 1987, Schnitzer had had a long flirt with performance BMW. Currently tuning BMW to a higher perfection, the latest is a tale tell sign of things to come. The company turns its attention to squeezing more performance out of BMW’s M Bike Carbon Racer electric bicycle.

AC Schnitzer Tweaks The M Bike Carbon Racer. The BMW M Bike Carbon Racer weighs in at a very light 16.3lbs, about 7.4 kg with the help of a highly refined carbon frame. But AC Schnitzer felt it could do better by removing even more weight and adding more carbon to an already pretty competitive electric racer. How did they do it? Simply enough, the company stripped down many components and replaced them with other carbon parts, as well as other lightweight analog parts. More to the point, AC Schnitzer went as far as replacing the wheels with carbon wheels, developed in conjunction with Xentis. Add to this a carbon saddle, its support and a new crank and voila, a very much lighter M Bike Carbon Racer.

The results are impressive. A full kilo less than the original, the new M Bike Carbon Racer which now weighs in at 15.2lbs, around 6.9 kg, compared to its original 16.3lbs starting weight. While the electric motor and drivetrain are the same, the loss of weight alone helps this already impressive performance electric racer achieve more.

Although just a concept bike, this attempt by AC Schnitzer is just the beginning of something bigger to come. Sooner or later, tuners will turn their attention to electric vehicles of all sorts and squeeze even more potential out of them. It wouldn’t be too surprising to see a few of the newer electric vehicle company fall to the way side only to be reborn as tuners. This is already happening slowly. We welcome AC Schnitzer into the world of electric vehicle performance tuning.