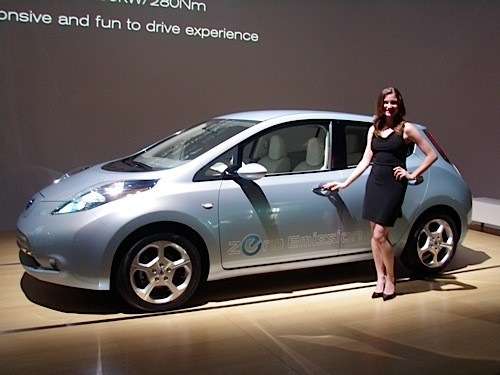 How Did Electric Cars Do Last Year?

Despite a less than good week in the press for electric car and hybrid sales last year hint at better image than portrayed in the news.
Advertisement

Oh ho, he’s back with that topic but indulge me if you can. A walk down memory lane, say back in 2000, shows us that the introduction of hybrids, a novelty back then also had plenty naysayers, hurdles and a difficult birth. But before we look at its market share today, let’s see what happened last year with electric cars, EV specifically.

The Numbers. Sales figures for 2011 show the Nissan’s Leaf and Chevrolet’s Volt combined totaled sales of 17,345. And that’s for their first year of introduction, which isn’t too bad considering we are dealing here with early adopters, representing roughly 2 to 5% of potential buyers. In comparison, back in 2000 the brand new and fledgling hybrid market consisted of the Honda Insight and Toyota Prius when they hit the street with 9,350 vehicles sold. They totaled 2 million in sales for 2011, ten years plus later.

To reinforce the optimistic and otherwise rosy sky prediction of the future growing hybrid and electric car market, DEO Secretary Steven Chu calculates the cost for EV batteries will be closer to $3500 by 2015, on average. To put it into perspective we’re talking about a 70% drop from $12,000 back in 2008. If you calculate on top of that the secondary market for lithium-ion packs that are no longer fit to move an EV, your $3,500 new pack could be amortized with the use of that old pack at home for electric storage, or simply selling it to a local utility.

All in all, it is clear those are good numbers and on par with the mass adoption of hybrids over a decade ago. As with any new technology, electric cars face an uphill battle that is more based on perception than actuality. Let’s keep in mind that these hybrids were not perfect from the get go and sported Nickel-Metal hydrate batteries back then.

Although these batteries are fantastic, the move towards the use of lighter Lithium pushes the performance further along. The same will happen with electric cars, as ultracapacitors make way onto drivetrain, balancing load, giving spectacular acceleration bursts and recharging spontaneously, to name but one technology that is developing. A company to keep your eyes on is Ioxus, with their homemade ultracapacitors. If that isn’t enough, IBM’s foray into Lithium air, as well as other research on Lithium Sulfur and Zinc Air promise anywhere from 3 to 15% more energy density than current lithium-ion technology.

Toyota's First EV Will Have a Name of BZ: Toyota BZ
First Videos From Inside The Boring Company's Las Vegas Loop
END_OF_DOCUMENT_TOKEN_TO_BE_REPLACED