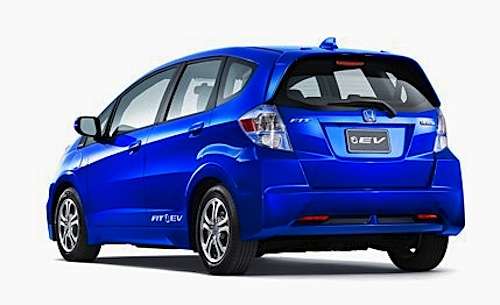 The Honda Fit EV is truly an interesting electric car that will more than handle everyday drives. Find out what it felt like on the road.
Advertisement

When Honda announced it would build an electric car, many scratched their heads while others rejoiced. The other very pragmatic Japanese carmaker is not known to boldly rush where no one has gone before and the chance of spending some time behind its wheel revealed a lot about how far it has come and still how far it needs to go.

Technically Speaking. The Honda Fit EV packs a lot on paper. Sporting 123 HP and 189 lb-ft of torque, the motor is fed by a 20-kWh air-cooled lithium-ion battery. The range is what will probably intrigue you the most, the highly optimistic LA4 driving loop is rated at 123 miles. However, the EPA range 76 miles based on a frivolous consumption 29 kWh per 100 miles. Toshiba makes the battery pack and the Fit looks no different than its gasoline version, save for differentiating stickers.

While the floor sits three inches higher than the gasoline model due to the battery pack occupying the floor pan, the Fit’s generous ceiling didn’t make it noticeable. Although its gasoline counterpart has won industry accolades, the electric version shows serious promises, if Honda decides to stray go ahead with an electric car full production.

The Drive. Again, far from a real test drive, the two block drive allowed us to get a great feel of the electric car’s potential. The Honda Fit EV didn’t feel as stiff as the Toyota RAV4 EV, nor did it share its impressive lunges forward. Yes, it accelerates hard and will get you out of harm’s way, and yes, it will easily screech the tires but in many ways, and contrary to opinion, it didn’t handle as well as I expect a Honda to. The car felt somewhat hesitant and loose when jerking the steering wheel around.

The inside roominess is what the Fit EV has to offer. This is the ideal second car for everyday driving, grocery shopping and picking the kids at school. While substantially more affordable than the Toyota RAV4 EV, the Fit can only be leased at $399 per month.

All in all, Honda prides itself on efficiency and battery management, which it does very well, indeed. The Fit EV is Honda’s first true, first generation electric vehicle, EV offered to the market. Asked about why only leasing and not selling it as Nissan and Ford does, Honda representatives said they would rather be careful and offer its clientele the perfect car then rush ahead. In this instance, the Honda Fit EV is a very good start for the company as it continues to develop in parallel and equally impressive Accord Plug-In Hybrid.