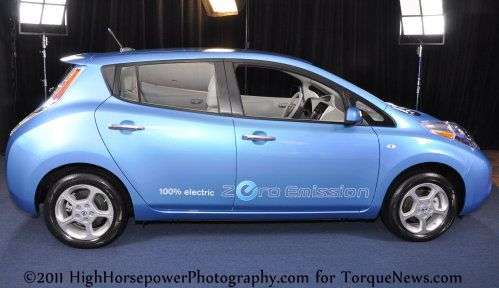 To the question of whether high gas prices, currently at $4.50 a gallon, would rekindle interest in electrics, the answer is an easy 'yes.' There is more than meets the eye, however.
Advertisement

Do higher gas prices help lift sales of electric vehicles and plug-in hybrids? Yes, but it has to be seen in its right context. Electric cars, EV and plug-in hybrids, PHEV are new, with a relatively new technology and an electric recharge infrastructure that is slowly expanding. A quick look at hybrid sales in 1999 and 2000 sheds light as to how well electric cars are doing today.

Volt Blues. If you read and listen to the media, things couldn’t get worse for EVs and PHEVs. Volts burn, Leaf fail to sale but a closer shows a completely different story. A few unique cases made battery packs catch on fire in Volts, and a dubious test sparked yet another fire. The storm unleashed by GM halting production for 5 weeks was taken as further proof that the car is technically questionable. The real point is that GM is re-evaluating its production of the Volt, understandably a new type of car with which the company has little experience producing and learning as it goes along. Predicting the future is futile attempt where one has a 50% chance of getting it right.

Fisker Blues. News of Fisker Karma’s battery packs acting and the not-so-subtle hint that the car was rush into production in order to satisfy government loans, certainly doesn’t help paint a rosy future of the state of PHEVs. The Fisker problem is a real one and while the car is great, technologically advanced, paying close to $100,000 for a car that doesn’t work will ruffle a few feathers. This, obviously doesn’t help at all.

9 Dancing Partners. You have by now heard the news, there are, or will shortly be 9 carmakers offering 9 types of EVs and PHEVs this year. This means the choice is growing but compared to the thousands of brands and models of internal combustion car available, it is a small number. Nonetheless, EVs and PHEVs have to start somewhere, much like hybrids did over a decade ago.

The Introduction Of Hybrids. We might not remember that hybrids sales for the first few years seemed dismal and a closer look shows us the numbers are on par with those of last year’s EV and PHEV sales. In 1999, only 17 Honda Insight hybrids were sold, the following 3,788. The following year, the overall number jumped to 9,350 with the introduction of 5,562 first generation Prius from Toyota, and the following year, 20,282, respectively growing from 0.06% to 0.14, to 0.24%, onwards to a steady constant climb that averaged last year 268,752, or 2.11% of hybrids sold compared to gas cars.

Maybe we need to turn our eyes elsewhere and include the rest of the globe. Production is also moving in China where the Chinese EV maker BYD will deliver 1,000 of its K9 electric buses and 500 of its e6 car models for taxis use to the municipality of Shenzhen. The city is offering incentives to its citizens to buy EVs. The City has also set a fleet target of 3,000 electric and plug-in hybrid vehicles by the end of 2012. Not to be left behind, other carmakers are jumping in the potential lucrative new market, such as Renault which will produce and sell its own electric cars in China, amongst others.

Again, what we are witnessing here is a media over-hyping the normal slow pace of introducing a new technology. Over the past decade, hybrid sales have proven to continue to grow without slowing down. And as to the silly question, does higher gas price perk the interest of potential buyers? Of course it does. The adoption problem is the over-used “range anxiety” slogan that ultimately defeat the purpose of introducing fuel economic cars in our society. After all, plenty of people regularly prove that the higher premium EV and PHEV cost is wrong by pumping in excess of $100 of gas a week. In the meantime, we can always continue to drive our cars, being mindful of our consumption while the electric drive continues its march into show rooms where it will eventually overtake gas cars in a few decades.