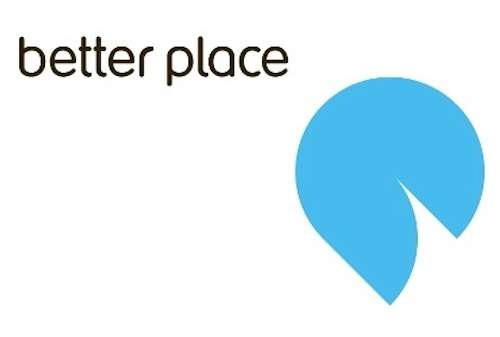 Hawaii Turns Into Even Better Place With Charging Stations

Better Place comes to the rescue of Hawaii with the assault of some of the highest gas price in the nation by installing recharging stations.
Advertisement

While we all think fondly of Hawaii, we don’t always remember the high gas price exasperated with oil’s steady climb above $100 a barrel, currently set at $124. With an average gas price of $4.29 due to the cost of shipping gasoline to the island state and running extra gas generators for onsite electricity, Hawaii struggles to keep the costs of energy down . By the way, that gas price is only beaten by California and Alaska where prices are even higher. With plenty of sunlight, the islands are a power house of untapped potential energy. The problem is getting those solar panels, wind turbines and hydro energy system, along with energy storage units to make the islands self sufficient. Comes into the picture Better Place.

Better Place In Hawaii. Better Place has had its eyes on Hawaii for a few years already, talking about market penetration as far back as 2008. And there is no better way to come into the market with flying colors by offering electric car, EV drivers free charging at its own charging stations for the rest of the year. The best way to achieve overnight celebrity is to offer free membership to Better Place and gain access to all of its 130 charge spots on the Big Island, Oahu, Kauai, and Maui.

Pros And Cons. Alternative energy stands more chance to engrain itself on the islands than lowering gas price. The islands receives enough sunlight, wind and tidal waves to power their consumption needs. Since highways were never really developed, for better or worse, Better Place stands a chance to woe potential drivers away from gas cars and into electric ones. And why not? Range anxiety is certainly not an issue there. By strategically placing recharging stations on all four major islands, Better Place could start its US market penetration with brio there.

The Big Goal. If you think California is on the forefront of leading pollution standards, Hawaii also has a motivation of its own. Since it imports everything via the sea, costs quickly add up which explains its high gas price. Hawaii decided to embark on a bold goal to reduce its dependence on imported fossil fuels by at least 70% by 2030. This is no small task considering the stranglehold grip gasoline has on transportation. Thankfully, due to the increasing prices of drilling petroleum, exorbitant methods of extracting oil out of shale, petroleum will probably never go below $100 a barrel again. There are many reasons for this. Smaller energy companies have muscled into the market, pushing the older, bigger and bloated petroleum companies into a declining revenue streak. The smaller, more nimbler companies have less overhead and can still, for the moment make profits even from shale oil. Nonetheless, the easily tapped petroleum sites are dwindling, making the new wells costly, digging into the overall cost of petroleum’s bottom line.

Better Place’s Gamble
. While Better Place lauded its revolutionary idea of switching a battery pack from an electric car, allowing it to drive indefinitely, the idea has serious challenges. For one thing, maintaining a station with enough batteries to accommodate users is a technical nightmare. The station would need to not only have enough battery packs but also guaranty some sort of freshness on the overall life of the pack. To top it all, the thorniest issue still is having enough energy keeping these packs charged and cooled.

Thankfully, Better Place also has another business model, that of enabling a network charging stations. In this aspect, the company gains the most and could see a faster adoption than waiting for an entire auto industry to agree on a shared standard for battery swapping.

In the end, Hawaii is probably the best place to set a coherent network of recharging stations. The state is relatively small with a low population, making it at this stage, the only spot in the US where you will find the most public charge points per capita in than any other states. Better Place could prove to be a long term thorn in the petroleum industry’s side. By providing Hawaii with a coherent network of charging station, coupled with an onslaught of solar panels form other companies, Better Place could wean the state away from gasoline.