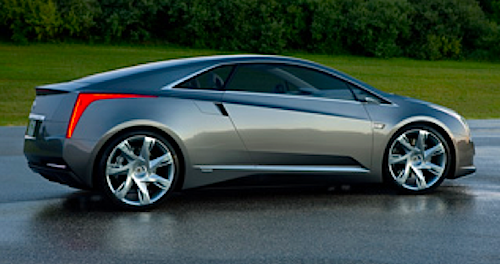 General Motors is enjoying success in China as part of its electrification program. Will the company be able to sustain it and will the Cadillac ELR fuel its thrust forward?
Advertisement

Every time we hear the word “success” and China appear in the same sentence, we need to be a little careful. After all, how many times have companies hailed success only to be dominated a decade later, often time with intellectual properties ill-gained. GM’s electrification success in China is certainly noticeable, what isn’t clear yet is whether its long term strategy will work.

GM In China. Although Ray Bierzynski, head of electric vehicle strategy in China for General Motors, admitted GM sold few Chevy Volts over there, he was quick to point out that the car retails for twice as much as it does in the US, thanks to the country’s heavy import taxes. The answer seems obvious, GM needs to build its Volt locally, something China would be more than happy to allow. But GM isn’t planning on this.

The Volt As A Testing Ground. The Volt was never meant to be a bread and butter car. The plug-in hybrid is a testing ground for its future cars. According to Bierzynski on Forbes, the goal is not to have a Volt in every Chinese garage but to pave the way for other alternative-energy vehicles. GM wants to sell its more luxurious Cadillac ELR electric coupe, based on the Volt, as well as an all-electric version of the Chevy Sail, a popular car in China. Another reason is that GM has some very real concerns about intellectual property theft abroad.

And as to the question why China as a market, there are two answers. One obvious answer is that in order to meet the ambitious global fuel-economy standards that need to be in place by 2020, GM knows its gasoline powered cars will not be enough. It needs to rely on more advanced forms of transportations such as pure electric and plug-in hybrids.

Cutting The Apple In Half. Since GM is shy about building its cars in China, it has decided to adopt the middle road. By developing and building its next generation of vehicle battery systems there, it feels it can place itself strategically. Assuming the alternative-energy vehicle sector grows faster than the overall market, in 2009, the market for passenger cars jumped 52.9% and stabilized to 33.2% the following year.

GM is riding a tricky wave in China where it knows, as with every other manufacturers it needs a strong presence. It needs strong sales to bring its finances afloat. Its Spark has done fairly well and the electrification of its Chevy Sail could boost its sales, while we wait to see if the Chinese market will or not fall in love with the Cadillac plug-in hybrid ELR.