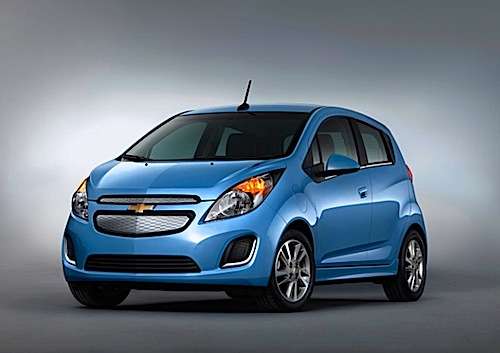 These days, the race to break the 100 mile electric car range barrier is crucial for carmakers. GM is hoping its Envia investment will help it break the 200 mile barrier.
Advertisement

GM has been surfacing rumors that it was working on a 200 mile range pure electric car. The problem, as we noted in this article; Why Tesla Motors Electric Cars Are So Great is that mainstream manufacturers go about building their lithium batteries in ways Tesla Motors deems not necessary. So far Tesla Motors is the undisputed range ruler.

What Breakthroughs? If you recall the article above I mention, Tesla Motors goes about building its battery pack differently than all carmakers. Tesla Motors uses the standardized and commodity 18650 form-factor commonly found in laptop batteries in its battery pack. Using 6,831 lithium ion cells arranged into 11 banks, Tesla knows that current lithium battery have a thermal runaway eventuality but would rather built the safety around them then leave it to the lithium manufacturers to make them safer at the source.

GM Pushes the 200 Range Barrier. Range is as important as price these days when it comes to electric cars and with most cars now comfortably achieving 60 to 70 miles, breaking that 100 and over barrier is crucial PR and marketing for carmakers. GM already hinted last summer that it was working on a 200 mile range electric car. We hear so many things, not too many took this GM announcement seriously, since so far, the Spark has slightly better range then current generation electric cars. With its $17 million invested in Envia System, remember the guys who packs a lot of energy in lithium, about 400 watt-hours per kilogram, GM might be standing on a super-lithium battery. At least, that’s what we hope for.

GM's 100 & 200 Miles. GM hopes to offer two electric cars, one with a 100 mile range, the other 200. Clearly so far, GM is treading lightly because its batteries are still from A 123 Systems, a battery maker barely coming out of bankruptcy after having been bought out by Wanxian, a Chinese car part manufacturer. Akerson, GM’s CEO said he expected GM to have a total of half a million electrified vehicles on the roads by 2017.

It will be interesting to see how GM follows up on its Volt. With the launch of its all-electric Spark and these mysterious two electric with 100 and 200 mile range, GM will have a few plug-in hybrids and pure electric cars in a year or so.