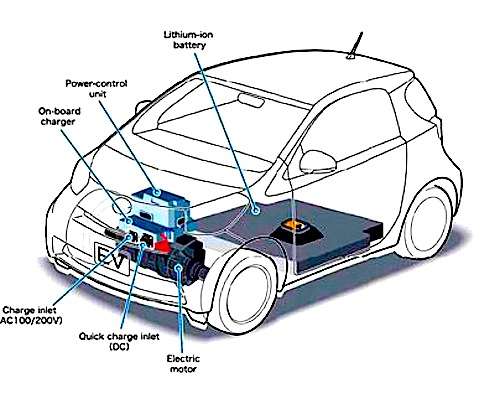 While we still wonder why the number car maker in the world still hasn’t embraced more electric cars, Toyota is working diligently, at its own pace to bring you an electric car with its Scion iQ.
Advertisement

Toyota hasn’t been very excited or even eager to embrace electric cars, EV. While the rest of the car manufacturing world saw electric cars as a marketing brag right, Toyota, amongst a few flat out denied the feasibility of such cars. And indeed, why not when the company has finally started making money on its mild hybrid, poster wunderkind, the Prius a few years ago. After over a decade of mildly tweaking its hybrid flagship Prius, Toyota finally caved in to the growing demand for a plug-in hybrid, PEHV version, due out soon.

Toyota The Pragmatic. Toyota is not a startup and therefore we should not expect wild and dramatic moves from the company. Toyota does things slowly, crossing its T’s and dotting its I’s. Still, when the world heard about the Tesla Motors deal with the resurrection of the (ill-)famed RAV4 EV, cheers and accolades abounded. When the idea floated around an electrified version of the iQ, the same general enthusiasm was felt. But years go by and little happens, until...

A few days ago an Autoweek reader spotted an electric Scion iQ while he was recharging his Chevrolet Volt, obviously near the company’s headquarter in Torrance, California. As it would be, the electric iQ looks like its gasoline counterpart. Aside from the inevitable “EV” badges, a two-tone paint job and a smooth grille are the only difference.

An Electric iQ Soon? Not so fast. Toyota, being the pragmatic company that it is, is not rushing into electric cars any time soon. Even though Akio Toyoda, Toyota’s CEO has made it clear it wants the company to once again shine with more dynamism than just reliable cars, the company is still very much entrenched in a slow moving strategy. After all, why rush when you’re number one?

So as to the question, will we have an electric iQ any time soon, the company stated that there will be a very limited number headed for California. As to be expected, they will be made available for fleet sales only. To be fair, most companies use the fleet route to test new cars before they the final versions are released. But Toyota has done things differently in the past.

It’s still not clear whether or not Toyota will give us a small electric car. While the world waits for the second generation RAV4 EV due late this summer, it does make one wonder why Toyota wouldn’t want to go the safer route of a small electric car first. A smaller car is easier to manufacture and guarantee a certain amount of performance compared to an electric SUV.

Is Toyota serious about electric cars? Probably, but it has made it very clear it doesn’t see its future tied with them. In the meantime, if you live in between Los Angeles and Irvine, keep a lookout on the 405 for Toyota Scion IQ EV and other RAV4 EVs.